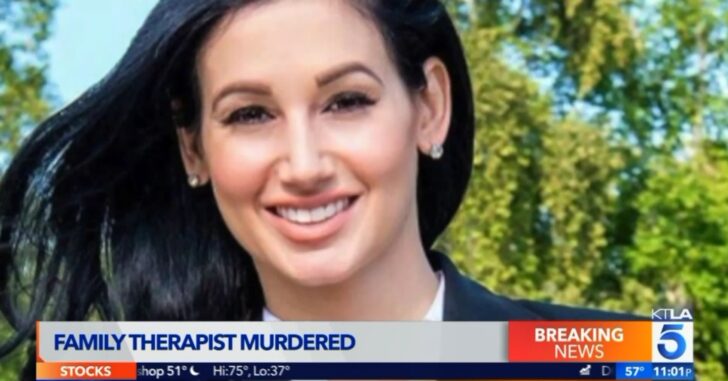 HOLLYWOOD, CALIFORNIA — A famous family therapist in Hollywood was found after falling 3 stories to her death. Police soon arrested her ex-boyfriend on suspicion of murder.

Amie Harwick, 38, died at a hospital Saturday,  hours after the 1:15 a.m. alleged attack in the 2000 block of Mounds Street, according to the Los Angeles Police Department.

Gareth Pursehouse, 41, of Playa Del Rey, described by police as Harwick’s ex-boyfriend, was arrested about 4:30 p.m. Saturday in connection with her death, officials said. Harwick had previously obtained a restraining order against Pursehouse, but it had expired.

Harwick had expressed concern that her ex was looking to do her harm, at which time she filed the restraining order.

Police were first alerted of trouble after receiving a call about a woman screaming.

Officers encountered a man in the street who told them his roommate was being assaulted inside her home, police said. The roommate relayed that he had jumped a wall and ran to neighboring homes in search for help.

While I know that guns aren’t for everyone, it’s difficult for me to read a story like this and see multiple defenseless people; the victim and people in the area who knew something was very wrong.

Instead, everyone needed to wait until police arrived and by that time, it was too late to save her.

And that restraining order? Just a piece of paper. If guns aren’t for you, having another way to defend yourself should be sought.

Because life can be over at the hands of an aggressor just like that.

Previous article: Major Virginia Gun Control Bill H.B. 961 Was Defeated This Morning Next article: [VIDEO] Guns Are The Equalizer, And It's Up To Each Person If They Have One Or Not