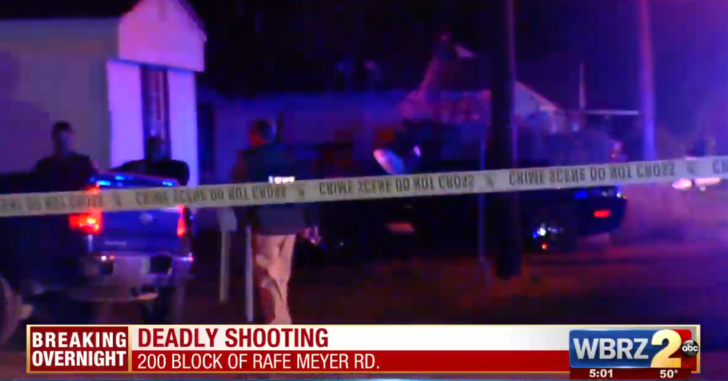 BATON ROUGE, LOUISIANA — When families work together, they can overcome almost anything. This family did just that and defeated an armed home invader. They even managed to take his gun and use it to save themselves.

Deputies with the East Baton Rouge Parish Sheriff’s Office were summoned to the scene around 10 p.m., shortly after shots were fired at a home in the 200 block of Rafe Mayer Road.

Authorities say Herman Hills was killed in the shooting.

According to deputies, Hills was armed with a gun as he forced his way into the family’s home and demanded money. The family fought back, wrestling with Hills to get a hold of his gun. During the altercation, one of the family members shot Hills, killing him.

Hills had a lengthy criminal history, his most recent run-in with police was only days ago, on Dec. 9, when he was arrested for theft.

Herman Hills was a serial violent criminal. When he entered this family’s house with a gun, terrible things could have happened. When faced with Hills’ threats, the family fought back – together. In the melee, they managed to wrestle the gun from Hills’ grip. One family member picked up the firearm and ended the threat.

The report does not say that the family had firearms in their home. It is unfortunate that the family was not prepared to face off against an armed intruder with firearms of their own. Hopefully this experience will motivate the family to consider acquiring firearms, and the proper training to use them.