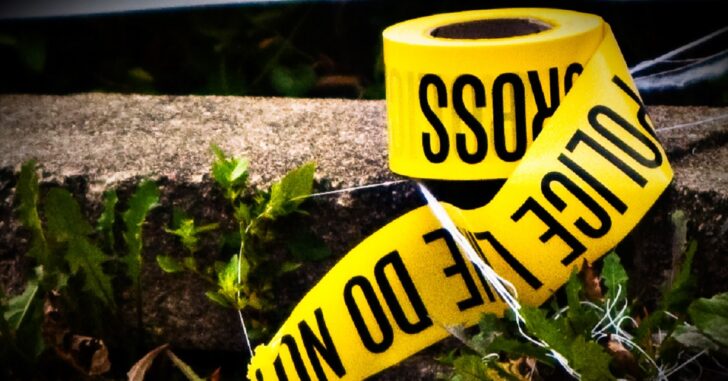 STEAMBOAT SPRINGS, COLORADO — A heroic and yet tragic story coming out of Colorado. What started as a family camping trip turned into a deadly shooting between a man and his stepson. Despite being only 14yrs old, the young man stepped into action when his mother’s life was in danger.

Deputies responded to a call that a 14-year-old male had shot his stepfather with a 0.22 rifle at around 8:15 p.m. The man was flown from the scene to a medical facility in Loveland and later died, according to Sheriff Garrett Wiggins.

The stepfather refused, Wiggins said, and the son retrieved a 0.22-caliber rifle from a vehicle and fired a warning shot. When the fighting continued, the stepson shot his stepfather in the back. Wiggins said the stepson then called 911.

None of the names of those involved in this story have been released. What we do know is that the family decided to take a camping trip over in Steamboat Springs. After camp had been set up, the two parents started drinking. The drinking eventually led to arguing between the mom and stepdad.

At one point, mom decided she and her son were going to leave. However, the stepdad didn’t like that idea. He confronted his wife and pushed her to the ground. It is believed he began assaulting her. When the son came over to see what was happening he was shocked to see his mom on the ground in the fetal position, with his stepdad on top of her.

The 14 year old yelled at his stepdad to let his mother up. The stepdad refused and ignored the young man. The stepson then went and retrieved a .22 rifle that they brought on the camping trip with them. He fired a warning shot at his stepdad, but it had no effect. With no options left, and his mom still in danger, the stepson fired again and this time shot his stepdad in the back; ending the threat to his mom.

First, lets briefly talk about the husband / stepdad. His actions are inexcusable. He prevented his wife and stepson from leaving, knocked his wife to the ground, assaulted her, and refused to let her up. All while in plain view of his stepson. Drinking was involved so perhaps this isn’t the normal way this man would behave, but regardless, that is no excuse.

It’s great that he brought a rifle along with them for the camping trip. You never can be too sure of what will come across your path in the wild, and a little protection can go a long way. It’s also great to see that his stepson knew how to use the firearm. Somewhere along the way the young man received training on how to use it, and that may have ended up saving his moms life.

In normal situations, firing a warning shot is not ideal and could actually land you in trouble. However, considering the age of the shooter and the circumstances, I think the police will be a little forgiving here. That doesn’t mean we can’t learn from this and point out what a better option would have been. If you found yourself in a similar situation, its best that you forego the warning shot and only pull the trigger if you believe you or someone else’s life is truly in danger.

After shooting his stepdad and saving his mom, the young man called 911. This was the 100% correct thing to do. I am sure the young man was terrified at what just happened, but calling the authorities to come and help in this situation was the right call; even if it meant that he had to admit to shooting another person in the back.

For all the talk about stopping power in certain calibers, we see here that a single shot from a .22 was enough to kill a man. That is not to suggest a .22 is right for every situation or every person. We always advocate that the right caliber is the one that you like the best and can shoot the best with. Maybe, however, don’t dismiss the .22 outright as being a non viable self defense round.