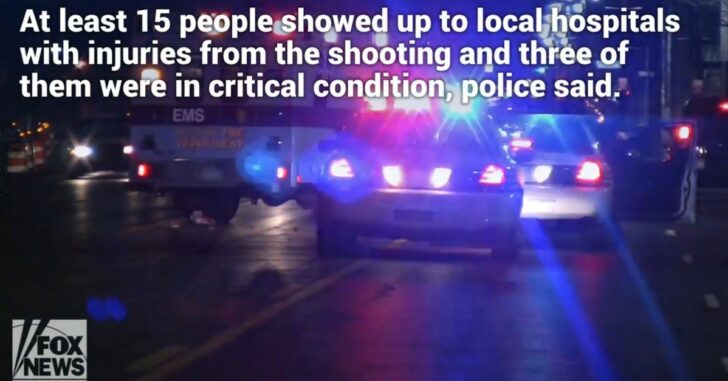 KANSAS CITY, MISSOURI — A man and woman are dead and 1t others injured in a mass shooting that police say took place outside a bar just before midnight on Sunday.

The shooter opened fire on a line of people waiting to enter a bar, but the motive for the shooting wasn’t immediately clear, police said.

A gunman was reportedly trying to get into a nightclub called 9ine Ultra Lounge when a fight occurred, Kansas City police officers said, according to Fox4KC.com.

The gunman opened fire and was eventually shot by an armed security guard, police said.

The suspect is thought to be the deceased man found at the scene when police arrived.

A motive for the shooting is not clear.