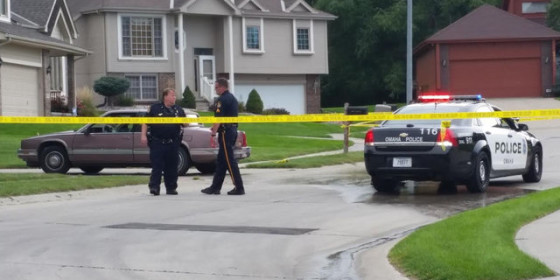 Following a home invasion in Omaha, Nebraska yesterday morning, the suspected intruder has died due to gunshot wounds. Homeowner Larry Rohatsch told police that after his doorbell rang, he went to answer the front door, and a man was standing inside the home. This is when the homeowner took action and opened fire on the intruder. A neighbor reported that the intruder kicked in the homeowner’s door.

The suspect has been identified as 48-year-old Darrell Miller. Miller was taken to the hospital where he was listed in extremely critical condition and then died later that day.

The homeowner’s four-year-old daughter was also home at the time of the shooting. Neighbor, Ann Gray took care of the girl while police questioned her father. Gray said,

“I think everyone should have a gun and be ready to defend themselves, and if someone’s in your house, I think you have every right to defend your home and your loved ones and shoot them if you have to.”

In the past six months, six burglaries have been reported in the neighborhood and a nearby neighborhood.  It was not luck that Rohatsch prevented what could have been a much more dangerous incident.  It sounds like this homeowner knew exactly what to do to protect himself and his daughter.

Previous article: Here Is Why You Don't Bring A Can Of Mace To A Gun Fight Next article: Parent Pulls Gun On Son's Football Coach Over Playing Time In An Upcoming Game. Wait, What?