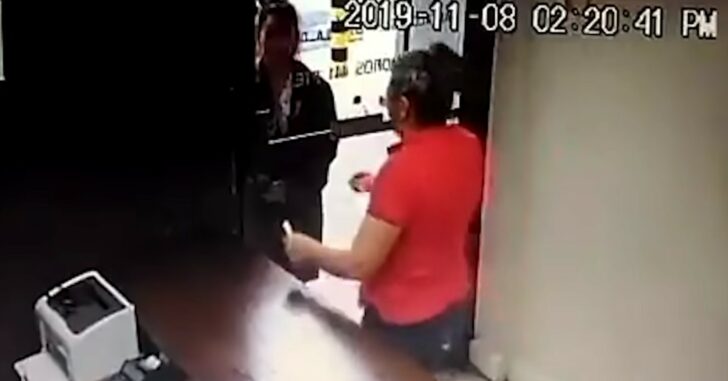 Good things and bad things alike can happen in an instant. When an employee at a store saw two people at the front door, she went up to see what they needed.

The woman robber, leading the way, forces herself into the store and is being closely followed by her armed boyfriend.

Things went from zero to 60 in a hurry, and got even quicker in speed when the owner of the store makes his appearance in the video. He’s armed as well, and wastes no time putting shots on target.

The male robber didn’t make it, but it’s interesting to note that he was able to get out of the store, run away, AND survive for a little while after being shot 7 times.

You have to think; if this threat was still coming after you as you were shooting, is your shot placement and ammunition of choice up to par?

Previous article: Four Teens Attempt Armed Robbery, Not Counting On Their Intended Victim Being Armed Next article: GLOCK Announcing New Firearm Tomorrow, Guesses Range From .22 Caliber to A Rifle With Not Many Clues