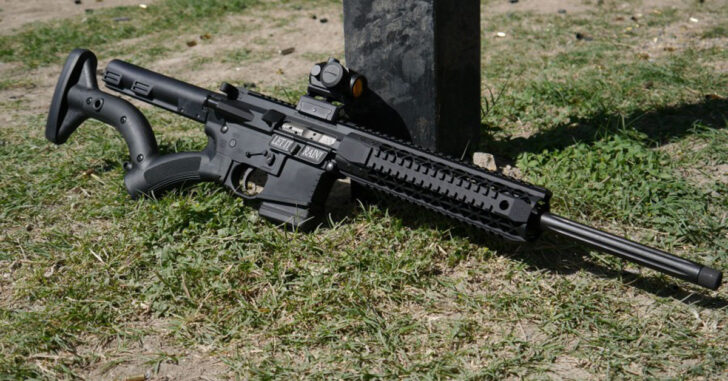 MSNBC is reporting that the shooting at the NY hospital this afternoon used an AR-15 that had been “modified” such that it didn’t have a pistol grip and used a magazine with only 10 round capacity. Those changes mean only one thing: the rifle was legal under the NY SAFE Act, the assault weapon ban, and legal in New York.

The city of New York (where the shooting took place) has additional restrictions on firearms, including licensing for rifles and shotguns within city limits. It also prohibits semi-auto rifles, making this firearm legal in the State of New York but banned in the City of New York.

The fact that a properly modified and neutered AR-15 was used in a “mass shooting” event such as this will no doubt raise questions. For those in the pro-gun camp the typical response will probably be to claim that this is proof that things like the NY SAFE act doesn’t work, and “assault weapons” bans are meaningless attempts to make guns look less scary without actually making them less deadly. Those in the anti-gun camp will no doubt claim that this is proof that the NY SAFE Act and assault weapons ban aren’t strong enough, and need additional regulations to promote safety.