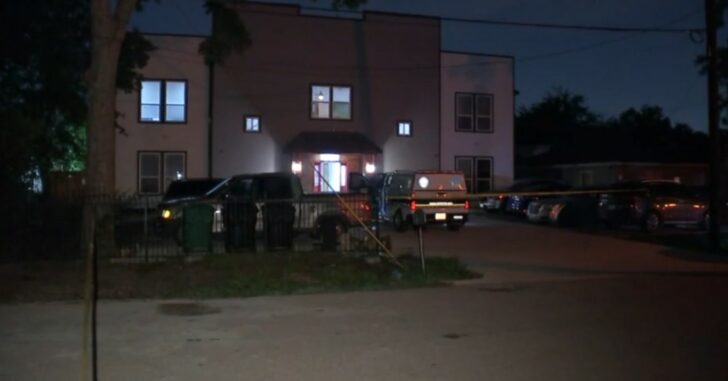 HOUSTON, TEXAS — A woman died after being shot by her boyfriend Tuesday night. Police say that it appears to be an ‘accidental’ shooting. The fatal incident occurred around midnight inside an apartment in the 6500 block of Goforth Street.

A 911 call was made by the couple’s roommates after the man called out for help. Paramedics pronounced the 23-year-old woman dead at the scene. Police say that her 22-year-old boyfriend told them that he accidentally shot her.

Early information is not exactly clear, with police first saying the man was unloading the gun when it discharged, and then said that it discharged when he removed it from his waistband.

Investigators interviewed others who were present and say that their stories support the boyfriend’s account. “They had two roommates who were also in the apartment, and their stories are matching up that this is an accidental discharge,” said HPD Sergeant Michael Arrington said.

No charges have yet been filed and the case has been referred to a grand jury.

Negligence ends with the responsible gun owner, and it’s as simple as that. This young man made a fatal error which cost a 23-year-old woman her life, and a lifetime of regret for himself.

If you are going to own a firearm, you also own the 4 Rules of Firearm Safety. With them, you’re not going to have things like this happen, as it’s impossible if the rules are followed and you have a properly functioning firearm.

These incidents are absolutely avoidable and inexcusable.

Previous article: CCX2 S02E13: Appendix Carry In-Depth Discussion with Spencer Keepers Next article: Resident Forced To Use Lethal Force To Defend Himself In His Own Driveway