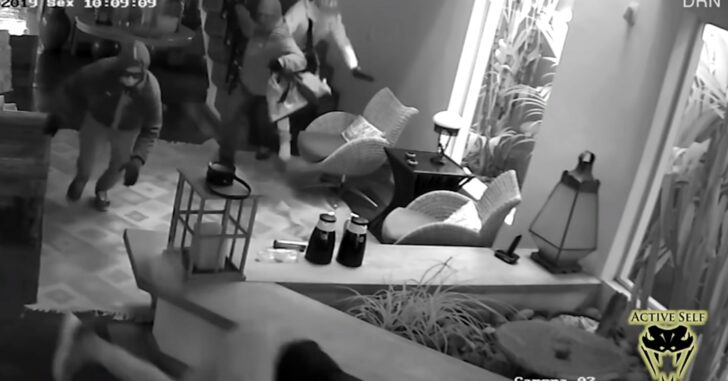 5 v 1 isn’t a scenario anyone wants to find themselves in. That is, if you’re the 1.

A late-morning home invasion saw just that, where a homeowner was at home when 5 armed men came into the home and began looking around for things to swipe.

One made his way upstairs and by that time, the homeowner had already sensed something was up and had his firearm in hand.

The second he sees someone coming up the stairs to his location, he engages. Bullets were received from the bad guy as well but as soon as they started flying, all 5 of the suspects took off running.

They left so quickly, in fact, that they left their car behind. In his garage.

The fact that the homeowner didn’t chase after the suspects is very important. Once he saw at least one flee, his objective is to get himself to safety and call authorities.

Overall, this was a great example of a very successful self-defensive shooting that turned their intended victim into a self-defender.