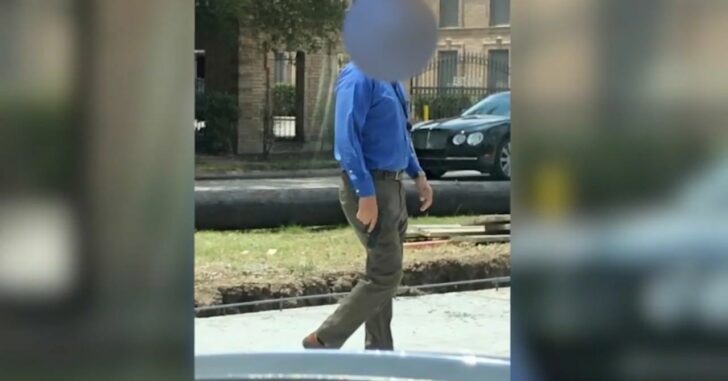 HOUSTON, TEXAS — A young woman was walking with her dog, when a witness says a man came up from behind her and began his attack.

It was apparent to the witness that something wrong was happening. She did what she could to help, and that came in the form of yelling out her car window and honking the horn.

“Her body language seemed that all she wanted to do was get away from him,” [the witness] recalled. “She was fighting him off of her, then he started hitting her and kicking the dog, grabbing her and lifting her up.”

When she made the noise to draw attention, people in the area took notice. She says that 3 men came to the aid of the woman, with a few of them being armed.

She snapped a photo, seen above, that shows one of the armed citizens who successfully stopped the kidnapping attempt.

When police arrived, no one involved was there to make a statement. I’m not sure if this includes the men who helped, but if it does, I hope they followed up with police to give their account of what happened.

Police aren’t sure if the man and woman knew each other, but let’s hope she’s safe and out of harms way.