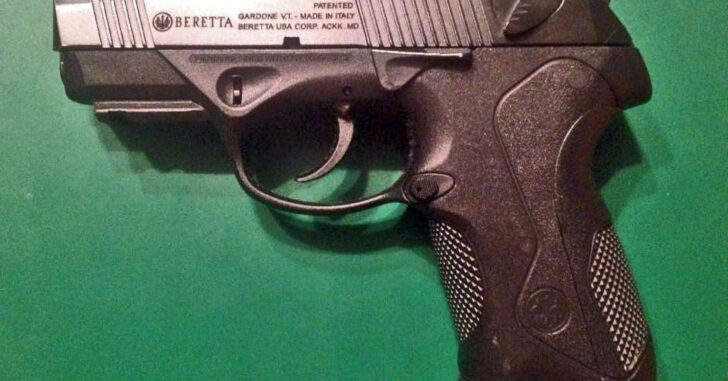 I pride myself on being an avid researcher when it comes to purchasing a new firearm or other related equipment. When it came time for me to decide which firearm I’d be investing in for every day carry, I knew I had my work cut out for me. I bounced around from Smith and Wesson, to Springfield, and Beretta. Eventually I decided on the Beretta PX4 Storm Compact; and I have to say I haven’t regretted that decision despite the stigma Beretta seems to hold in some eyes.

I’m a 13 year Veteran of the Active Duty Army. I am more than intimately familiar with the Beretta M9, currently standard issue in the Army. Its reputation tended to rest on both sides of the opinion spectrum. People either hated it, or loved it. The negative opinions could really be justified with the simple fact that any Beretta you came across during your time in the service had most likely seen a fair bit of wear and tear. Most of those M9’s had seen multiple users and deployments. It’s not surprising they’d come with their fair share of issues. I didn’t let that sway my decision, however.

Before stepping into the gun shop to purchase my new carry firearm, I did as much research as possible. I checked reviews, Youtube videos of breakdowns and range tests; as well as visited the official site for the statistics. I wanted to know what other people thought. Their own experience, both positive and negative would help me formulate a decision. I kept an open mind, also keeping in mind of my own specific needs.
When deciding on a new firearm, I always find it helpful to ask myself, “What am I going to be using this firearm for? What are my specific needs for it?” I wanted something compact, concealable, with a large magazine capacity, and manual safety. Yes, yes, I know a manual safety. It’s a personal preference of mine, one engraved into me from years of military service. Moving on to the specific firearm I decided on, the Beretta PX4 Compact. Right out of the box I noticed a few important facts. It came with two magazines with 15 round capacity; along with multiple interchangeable grips. I decided on the larger grip, as I have long and slender fingers. It fit my hand comfortably. The grip design itself is very streamline and smooth, with just enough of stippling to ensure my grip didn’t slip. The safety was ambidextrous, and positioned on the slide to allow an easy thumb flick to remove the safety while maintaining a proper grip. I had read several complaints about the safety being too stiff, and would not allow an easy transition. I had to disagree. I found the safety easy enough to flip without much effort, but still stiff enough to ensure it wouldn’t move accidentally.

The slide itself was grooved, as most slides are. The factory sights are white, nothing special. I am debating getting some night sights for it in the future; although the frame does have a rail attachment system for whatever light/laser combo you might enjoy.
One specific and very unique fact about the PX4 I find noteworthy is the rotating barrel. A lot of reviews I read mentioned the rotating barrel and how it reduced recoil on the firearm significantly by evenly dispersing the blowback upon discharge. This was something I had to test for myself, which brings me to my next point:  my first experience on the range with the firearm.

On a side note, I did end up purchasing two extra magazines for the Beretta simply because I enjoy having multiple magazines when shooting and running reload drills. Generally when shooting a new firearm for the first time, I check a few things prior to doing so. I tend to perform a functions check, using empty casings or dummy rounds to make sure chambering and ejection works as it’s supposed to. I go through this several times before putting the first live round through it. As the reviews stated, recoil of the Beretta PX4 was minimal. I was actually surprised at how smooth it was. After a few single shots, I went through a few double and triple taps. Again, the ability to stay on target while firing was impressive. Finally I decided on a full mag dump, which with today’s ammo prices still makes me cringe; but I find it a necessary evil to put the firearm through the rigors of shooting rapidly to make sure any malfunctions are identified early on. I can safely say that after pumping 15 rounds continuously through the PX4, the opinions of the rotating barrel’s stability were not short-sighted. Since purchasing the firearm last Spring I’ve put about 1,000 rounds through it of various ammunition manufacturers. In full honesty of disclosure, I did in fact encounter at least three failure to feeds and failure to ejects. This was most likely due to the cheaper ammunition I was using that particular day. I have never had an issue with my Hornady carry loads. In summary, I have found the Beretta PX4 to not only be a solid firearm for every day carry; but also enjoyable to shoot. As all reviews, I should note a few con’s along with the many pro’s I have for this firearm. It’s heavy. A full magazine easily weighs it down quite a bit, but not unmanageable with the proper holster and belt. It’s also quite wide, even for a double stack. For me personally, being on the more slender side; this creates a small issue when carrying during the warmer months. It’s difficult to conceal the firearm when wearing just shorts and a tee shirt. I’ve opted to wear thicker tee shirts to avoid printing while wearing the PX4. The grooves I mentioned on the slide are also quite narrow. They can be difficult to grip without gloves or during humid conditions.

All in all, I’m pleased with my choice and this particular Beretta will continue to be my every day carry weapon for a long time. Breakdown is easy and simple. Cleaning is a breeze compared to most. My particular PX4 is a 9mm and I run Hornady CD 115gr. My holster of choice is a StealthgearUSA Kydex IWB; which a review of that particular gem will be coming soon.