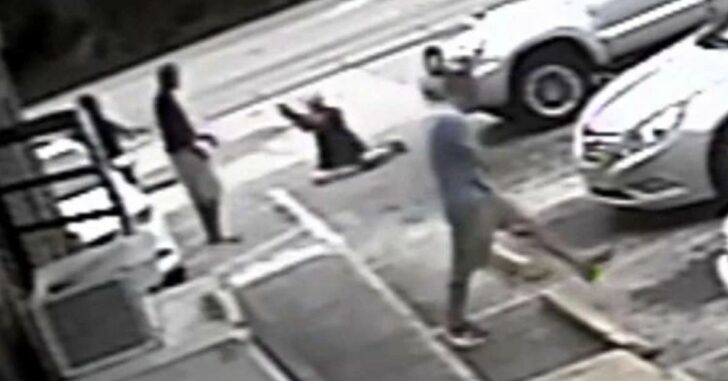 Back in July 2018, a deadly encounter occurred in a gas station parking lot. The outcome was a man shot and killed, and an armed citizen facing criticism and eventually charges.

Now, just a few hours ago, a jury came back with a guilty verdict after just over 6 hours of deliberation. The man found guilty, Michael Drejka, will next face sentencing.

The man killed, Markeis McGlockton, pushed Drejka to the ground after he was arguing with his wife over a handicapped parking spot. When Drejka fell to the ground, he produced his firearm and shot once, striking McGlockton in the chest. He later died from his injuries.

In the front row of the gallery, McGlockton’s girlfriend, Britany Jacobs threw up her hands and clapped. A woman broke into sobs. McGlockton’s father pressed his elbows into his knees as supporters squeezed his shoulder. His mother embraced family.

The entire shooting was captured on surveillance cameras, and gave jurors an almost perfect look at how things transpired.

Claiming self defense under Florida’s stand your ground law, it wasn’t deemed appropriate action to shoot, under the circumstances, by the jury.

From the very beginning, I had questioned the use of deadly force in this case, saying;

I can’t say what I would have done for certain but if I felt that my life was in danger, I would have drawn my firearm just as Drejka did. But if the threat was backing up after my firearm was drawn, I would pause and try to take control of the situation to make the threat get out of my immediate area.

What do you think about this verdict? Chime in below in the comments.

Previous article: Multiple Armed Citizens Stop Kidnapping Attempt On The Side Of The Road Next article: Knowing How To Be A Responsible Gun Owner, And Knowing How To Carry Yourself