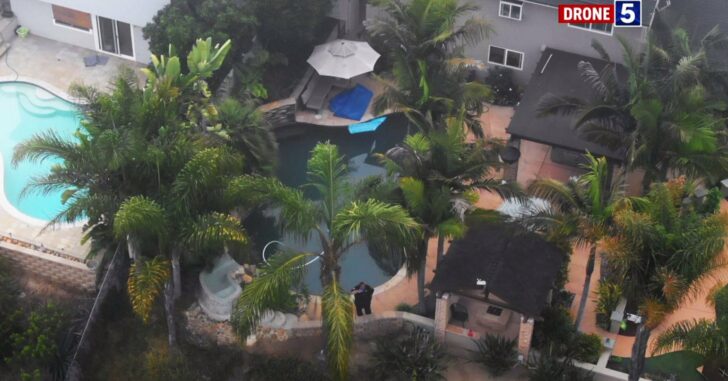 SAN DIEGO, CALIFORNIA — A burglar is dead after being shot by the son of the victim he was stabbing.

The resident’s adult son opened fire on the suspect, Hollis Forman, 38, after finding his 54-year-old father being assaulted at the family’s residence on Lake Shore Drive near Lake Ree Avenue on Tuesday morning, according to police.

Police responding to the home invasion and shooting shortly before 6:30 a.m. found the victim on the floor of the house, suffering from stab injuries to his upper body, and Forman dead in a backyard swimming pool, Lt. Anthony Dupree said.

The father was taken to the hospital and is in stable condition.

A firearm was close, coupled with the son’s quick thinking.

“The (intruder) began assaulting the homeowner, at which point the homeowner’s 20-year-old son retrieved a firearm and shot the intruder,” the lieutenant said. “(Forman) ran out the back door and landed in the pool.”

What a way to go out. Had the son not been armed, this intruder could have easily murdered his father, all for a few stolen items from the home.

What’s that? Oh yea, it’s the same story over and over again. Guns saving lives.

Previous article: In the Hunt - 09 - Elk Time Next article: Slipperyhands McFelon Drops Loaded Handgun While Adjusting His Pants In Dunkin Donuts, Immediately Gets Rushed By Cops