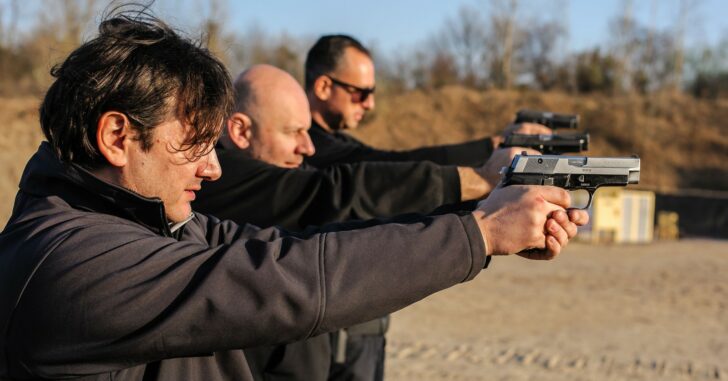 Hat tip to TTAG for this one, or else I probably wouldn’t have seen it.

Behold; something that someone truly believes:

When a man has a gun, he literally holds the power of life and death in his hand. That kind of power is extraordinarily seductive.

With a gun in his hand, a man can look around a room, a building, or a public area and specifically identify who will instantaneously die and whom he will allow to live. It’s a power that traditionally has only been held by doctors, priests, police and soldiers.

The power over life and death is greater and more intoxicating than any other power; it’s one of the reasons why some men are specifically drawn to these professions and historically have tried to regulate them to be male-only.

– Thom Hartmann in How guns literally go to men’s heads

I’ve had many conversations with many gun owners and concealed carriers over the years. Never once has someone expressed something along the lines of deciding who dies and who doesn’t. Actually, the conversations usually take the form of something like;

I hope that I never have to use it, but I’m prepared to if the time ever comes.

TTAG readers chimed in with some pretty glorious comments to the quote, poking obvious fun at the author’s flawed ideology.

When will we ever get to the point that gun owners, the extreme vast majority, are lawful citizens who have those firearms for self defense.