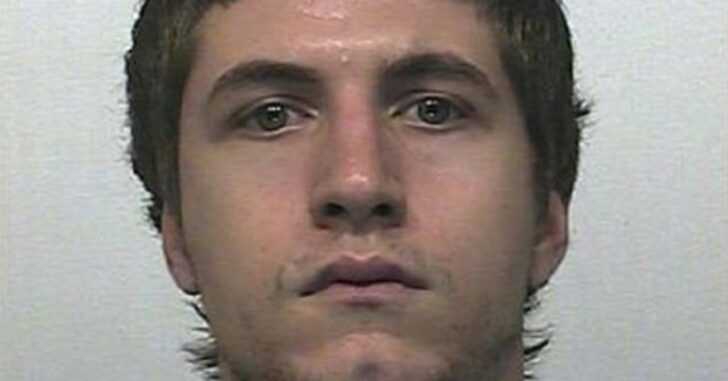 To answer your first question, Yes, I was absolutely laughing when I wrote the title for this article.

27-year-old Cameron Jeffrey Wilson was having a bad day. When he was doing whatever with his illegally obtained firearm, he wound up shooting himself in the testicles and thigh. Then, before going to the hospital, he instructed his girlfriend to ditch the gun.

Wilson’s day went downhill from there.

As doctors were performing surgery on him, a balloon filled with marijuana fell out of his rear end.

Police also found a bag of meth in his blood-stained jeans that were left in the car.

They declined to arrest him at the hospital, and he turned himself in after an arrest warrant was issued. While they were strip-searching Wilson, police found another bag of marijuana inside his rear end.

He’s facing a slew of charges and has pleaded not guilty to them all. He is currently being held on $110,000 bail and will appear in court on June 18.

Why do we have this story here? The sheer determination of some people is enough to stay armed, and reminds us that the justice system isn’t always enough to set people on the correct path. Criminals are out there, and some will be criminals for life after losing out on many of life’s important lessons.

And, you know, the story is pretty hilarious.