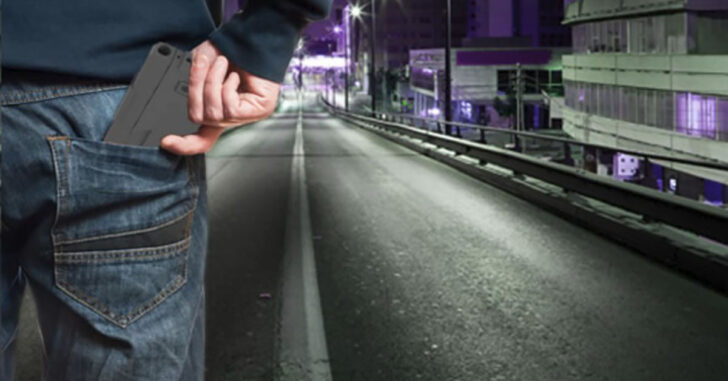 The Ideal Conceal was first on our radar back in March 2016, and the comments we saw were pretty mixed as to the concept of a gun that is made to look like a smartphone.

Now, it’s available for purchase, and the company says they have sold hundreds. For those unfamiliar, it’s a double barrel .380 that literally looks like a smartphone, and can be ‘folded out’ when it needs to be used.

“We got a lot of [criticism] like that like, ‘You can walk onto an airplane with it,’” company founder Kirk Kjellberg told KMSP. “It’s 18 ounces of solid metal. It shows up on metal detectors. We’ve helped train TSA and everyone to recognize it as a gun.”

On their website, they gave an update a few days ago on the company’s progress;

I’m still torn on the idea, but can appreciate a person’s drive and their love for their creation. I don’t think that the company was started as a gimmick, but I’m still on the fence about the whole concept.

I think it’s something about making a firearm look like an everyday item that is so widely used, such as a smartphone. You can argue that a child could pick it up thinking it’s a phone, but that responsibility of keeping it inaccessible to children is on the gun owner. Just like any other time.

My first concern was with police. Before this product, they didn’t have to worry about a smartphone in someone’s hand. Does this change things? Does it make an officer’s job more difficult?

What do you think about this product? Would you ever have an interest in buying one?

By the way, I’m still trying to get one for a review, but my calls and messages have gone unanswered.

Previous article: #DIGTHERIG - Andy and his Glock 19 in a Vedder Holster Next article: GUESS: Is This A Zoomed-In Photo Of A Lush Forest, Or A Carry Gun That Hasn't Been Cleaned In Years?