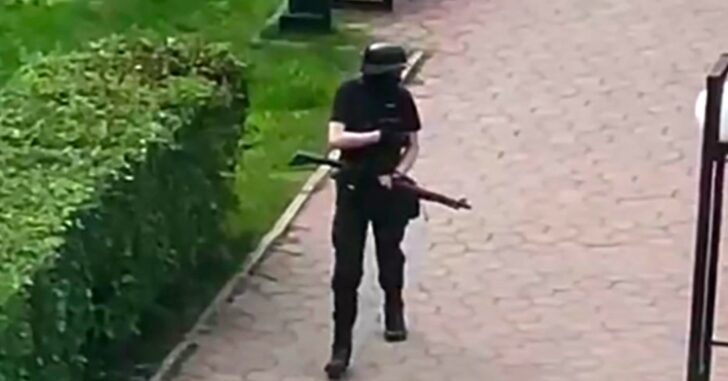 MOSCOW, RUSSIA — A mass shooting was carried out by a student at a university in Russia, which left 6 dead and dozens injured. The incident happened at Perm State University, which has 12,000 students.

The gunman was shot by responding police and taken into custody.

The Perm State University press service said the perpetrator used a so-called “traumatic” firearm; such guns are designed to fire non-lethal rubber or plastic projectiles, but can be modified to fire other ammunition.

Students and faculty went into lockdown, and the university told anyone who was able to leave campus to do so. In videos published to social media, people could be seen exiting windows of buildings to get themselves to safety.

reports of another school shooting in Russia; this time at Perm State University. Russian agencies say there are casualties. pic.twitter.com/jkeyGDLO05

Video of the suspect walking with what seems to be a shotgun, while wearing a helmet and black clothing, was posted to social media shortly after the incident.

Police do not yet have a motive for the attack, and have not released any identifying information about the suspect.

Previous article: Man Killed At Nightclub After Group Gets Into Shootout With Armed Security Staff Next article: Why We Practice Drawing From Concealment, And Why Having First Aid Tools Is Important