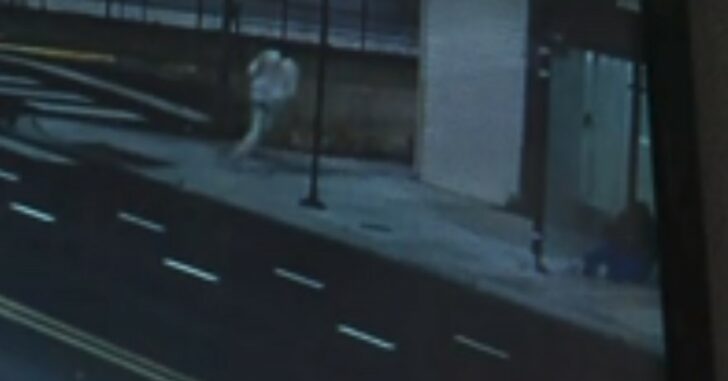 CHICAGO, ILLINOIS — A 19-year-old with a weapon walked up to a 25-year-old woman who was waiting at a bus stop in Chicago, and his goal was to rob her and take off with the loot.

His plan didn’t work. In fact, the woman was legally armed with a handgun, and that’s the last thing any robber wants to see.

Realizing that an armed robbery was taking place, the woman pulled out her firearm and shot at the robber, hitting him in the neck.

Police found him a few blocks away, and he was transported to the hospital where he was pronounced dead.

People in the community were voicing their opinions on the matter and while most agreed that it was sad a life was lost, they were happy to see the young woman defend herself.

You can watch the immediate aftermath of the incident below, which was captured on a surveillance camera.

The woman was not only quick to draw and fire, she was also smart with her actions of running in the opposite direction as the armed robber. We say it all the time; never chase a suspect. If the threat is gone, your next move is to get yourself to a safer location.

Previous article: #DIGTHERIG - Rob and his Sig Sauer P320 in a RCL Holster Next article: New Feinstein Assault Weapons Ban Bill Is The Worst Yet