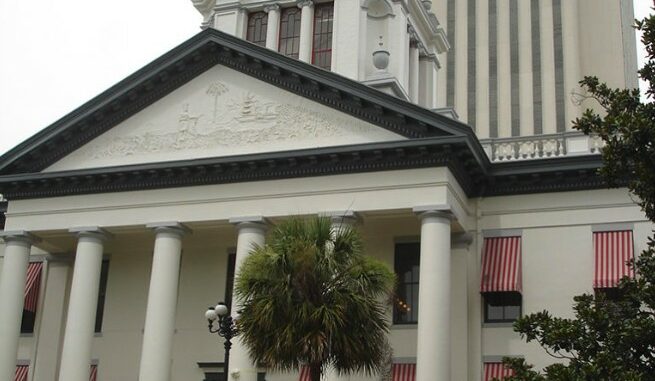 The 2019 Legislative Session is upon us in Florida and once again, the state is under Republican supermajority control. The Senate President, however, is anti-gun Republican Bill Galvano (who took $200k from Michael Bloomberg) and the House Speaker is fellow anti-gun Republican Jose Oliva, who gave SB 7026, the gun control bill signed into law by Governor Rick Scott, a standing ovation when it passed the House last year.

The state’s Investigative Committee flat-out stated that campus carry would have prevented or reduced the deaths in the Parkland massacre. And Gov. Ron DeSantis said that he would have vetoed the post-Parkland gun control bill. But will any pro-gun legislation make its way to the governor’s desk this session?

Who knows. Here’s the current list of both pro- and anti-gun legislation currently submitted.

This bill woulld gut SB 7026 and restore to Floridians under the age of 21 the legal right to purchase long guns. It would also scrap red flag confiscation without due process.

This bill allows campus carry on college or university campuses. It does not make open carry legal. It simply states that if open carry is made legal in the state, Floridians would be able to exercise that option, too.

This bill cleans up current language somewhat. It appears to apply strictly to students and not staff. Thus allowing the “secure guns in employee parking lot” aspect of the law for permit-holding employees to legally keep a firearm in their vehicle on campus.

This bill would make it illegal for a parent or guarding with a concealed weapons permit to carry in any child care facility (such as a day care center or pre-school).

This bill would make face-to-face private sales illegal and require all sales to go through a dealer for approval through FDLE’s Firearms Purchase Program (state background check system). It is universal background checks and one step closer to mandatory registration since UBCs wouldn’t work without registration. If you want to really get into the bill, click here for our previous coverage and explanation.

This bill would move responsibility for Florida’s concealed weapons permit system from the control of an elected cabinet position to an unelected agency. Anti-gun Democrat Nikki Fried won in November an is the state’s Agriculture Commissioner. She has stated that she wants to either gut the system or have it moved to FDLE.

However, the Department of Law Enforcement has a history of trying to block civilian gun ownership and this would not be beneficial for Floridians.

So that is what’s currently on the docket here in the Sunshine State. After an anti-gun legislator attacked the National Rifle Association for backing HB175, Marion Hammer released a statement that the bill wasn’t sponsored by NRA.

Does this mean that the NRA won’t back HB 175? Not necessarily. I sure hope they do. It would be fantastic if they expend political capital to support this bill and throw it right back at Galvano and Oliva. It would mean a lot to have NRA support in rolling back the gun control push here.

HB 175 and HB 6007 are the two most important bills in my opinion this year. The NRA, GOA, Florida Carry, and others need to support it. Both bills would be tremendous steps in the right direction. One restores the rights of law abiding Floridians and the other actually further expands those rights.

Here’s hoping that we see some progress so that Florida can reclaim the title as the Gunshine State.

Previous article: #DIGTHERIG - Billy and his Sig Sauer P365 in a Tulster Holster Next article: [WATCH] Officer Forced To Shoot Knife Attacker Who Comes Out Of Nowhere