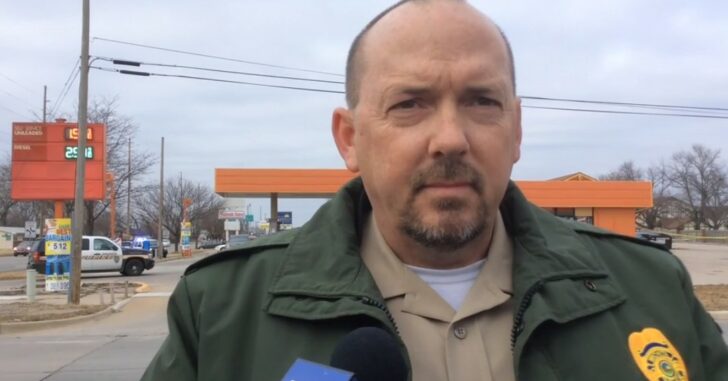 WICHITA, KANSAS — A customer was standing in line inside a gas station when four armed men came in and began a robbery, but that customer in line was armed with a gun of his own.

Police do not know if any of the other three robbers were hit by the armed customer, but the one that was hit is currently in the hospital in critical condition.

“In our state here in Kansas, we do have open carry and carry concealed,”
Lt. Chris Halloran said. “So individuals breaking the law may never know when someone in line at a store, in this example, (has a gun). That’s what happened in this case.”

Several shots were fired, but it is not known if they all came from the armed citizen, or if one or more of the armed robbers fired shots as well.

With a concealed carry state of mind, we have to be ready for these types of events to happen. It would seem that this armed citizen was able to successfully defend himself, as well as all of the other people who were instant victims inside the store.

No other injuries were reported.

The three remaining suspects are still at large.