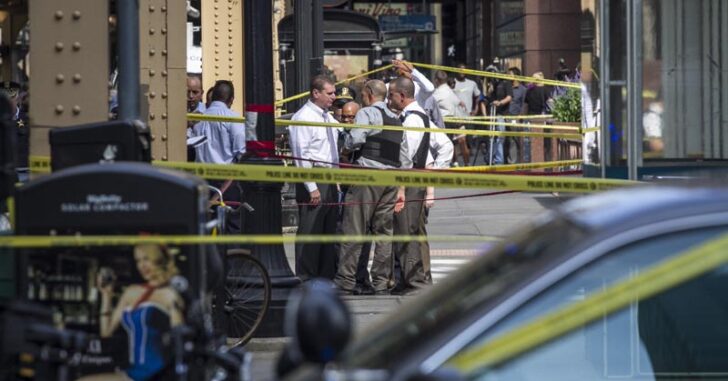 CHICAGO, ILLINOIS — A man with an Illinois concealed carry permit was the orchestrater of a murder-suicide; the first illegal use of a firearm by a permit holder since it became legal to carry concealed in Illinois in January 2013.

45-year-old Richard Idrovo shot and killed his girlfriend, identified as Alma B. Hernandez, at an AmeriCash Loans store. He then took his own life at the same location.

The firearm that Idrovo used was not even legally registered to him, so this guy seems to have had problems all around. He was a bad egg.

Idrovo had a history of domestic abuse and on both occasions, the cases were dismissed.

In December 1994, an order of protection was entered against Idrovo and was dismissed the following month, according to Cook County court records. It could not be immediately determined from court records who asked to have the order filed against him. He was divorced in 1995.

In 1997, Idrovo was arrested on misdemeanor charges of assault and violation of an order of protection, but that case was dismissed, too. He tried to have the 1994 order of protection and the 1997 arrest expunged in 2008, but his request was denied, according to court records.

He wasn’t supposed to have it in the first place.

In the end, we have a story of a couple with history of abuse, and it ended in a horrible and unforgivable way.

Previous article: Springfield Armory Is Kicking Off A Massive Giveaway Next article: Will Your Car Stop Bullets?