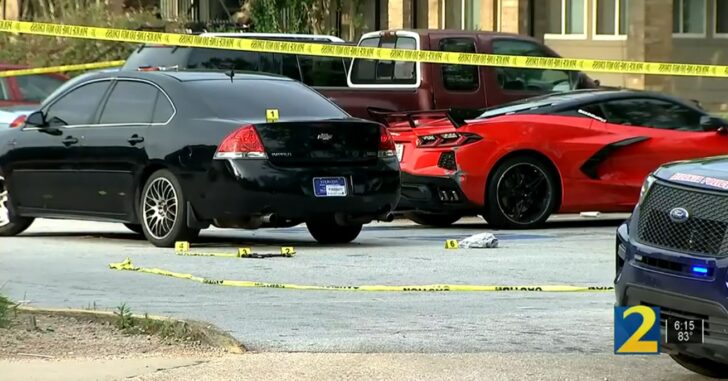 ATLANTA, GEORGIA – A Good Samaritan who witnessed a stabbing in Atlanta ran down the suspect and shot him on Monday August 15. According to law enforcement, the man who was stabbed eventually succumbed to his stab wounds at Grady General Hospital, but they also found a man shot down the street.

According to Atlanta police, a driver stopped at a gas station and upon returning to his vehicle, he found a man inside. The driver was stabbed multiple times and the suspect took off in the victim’s vehicle.

It has not been determined if the witness will be facing any charges since he is currently being investigated by Atlanta police.

Deputy Chief Charles Hampton. Jr. said it seems like the bystander who tracked the suspect down is in the clear and was “doing the right thing.”

“We just have to hear his story. Just from the accounts we’re hearing, right now preliminary, it may look like he was doing the right thing,” said Hampton. “Obviously we don’t encourage anyone to get that involved, but if the circumstances is that an individual is coming toward him with a weapon, he does have a right to defend himself.”

The suspect is recovering from his gunshot wounds in an Atlanta hospital.