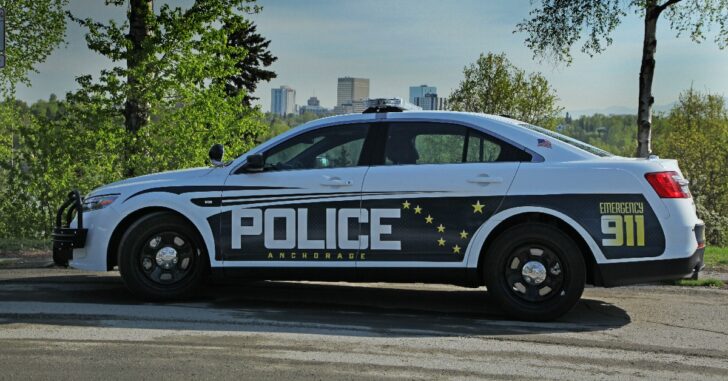 ANCHORGE, AK — A man was shot and hospitalized after attempting to rob a salon in Anchorage, Alaska, Alaska Native News reports.

The shooter, for reasons unknown, wounded the robber then bolted his/herself.

According to Alaska Native News:

Anchorage police are investigating a shooting incident where a robbery suspect was shot during the robbery of a business on West Dimond Blvd that occurred on Friday afternoon. APD responded to the Sunsation Tanning Salon at just after noon on Friday and opened an investigation. During the investigation, officers found that the robbery suspect, whose identity has yet to be revealed, was holding up the salon when another person in the salon got into an altercation with him and the robber was shot in the lower body.

After the shooting, both the robber and his shooter fled the establishment.

APD set up a perimeter and soon located the robbery suspect in a vehicle in the Dimond Blvd/King Street area. Police took him into custody and transported him too a local hospital for his non-life-threatening injury. The search for the shooter continued to no avail.

Now, we’ve actually had to cover this same issue a couple of times in the past few weeks, but it’s got to be said again: if you’re involved in a shooting, neutralize the threat and stay put. Don’t flee the scene; you’ll look guilty as hell.

I’m not about to presume on a person’s innocence or guilt of course, but it’s easy to suspect that in these incidents some of the shooters involved may be fleeing the scene to avoid law enforcement involvement because of other criminal activity. I hope that’s not the case, but in either event, we can learn from it.

Neutralize the threat. Be a good witness as best you can, and make sure authorities are called. Don’t bolt.