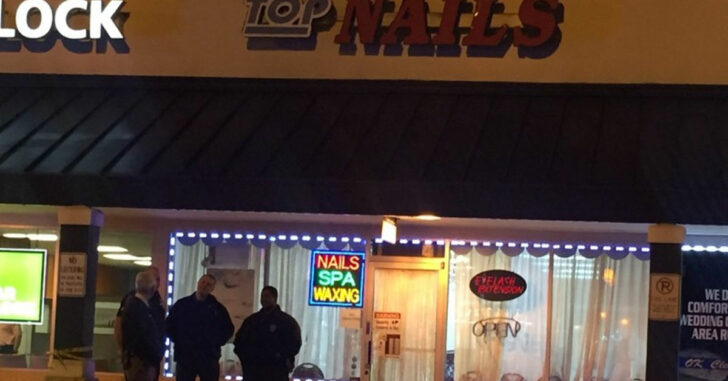 LITHIA SPRINGS, GEORGIA — Two armed robbers attempted to stick up a nail salon only to discover a bit too late that one of the employees was also armed. One of the robbers was shot in an exchange of gunfire and the other is believed to have fled the scene.

According to the Atlanta Journal-Constitution, the robber that was hit was taken to a nearby medical center for treatment. He will be charged after he gets out… If he gets out. As for the people in the nail salon, nobody was hurt.

This is what happens when bad guys forget that people have a right to defend themselves. See, when people have the option of fighting back, they seem pretty interested in taking that route. It’s almost like nobody enjoys being a victim of a violent crime. Crazy, right?

That’s why we carry every day, everywhere we legally are able. Whether it’s defending ourselves at our place of work, home, or just out in town, a gun certainly comes in handy.

For those that may not be familiar with the area, Lithia Springs is about 40 minutes outside Atlanta. It’s not a terribly dangerous place, normally, but there is some isolated crime that keeps happening. Atlanta, itself, is a different animal entirely and can’t even be arguably compared to Decatur, its next door neighbor. It doesn’t matter where you are, though, Georgia gun laws are extremely permissible. Outside of college campuses and a few other places, concealed carriers can move around pretty unobstructed. And Georgia loves its gun rights. It reciprocates its concealed carry agreement with 31 other states as of the time of this article.

So, if you want to visit Georgia, there’s a pretty good chance they’ll acknowledge your right to carry a handgun so long as you’re not otherwise legally prohibited from doing so. And, may we just add, it’s a great place to go hunting once you get well outside city limits. Ducks, in particular. The deer are alright once you start heading up towards the Appalachian Mountains. And trout and bass fishing is a big thing on any of Georgia’s major streams and lakes up towards Kennesaw.