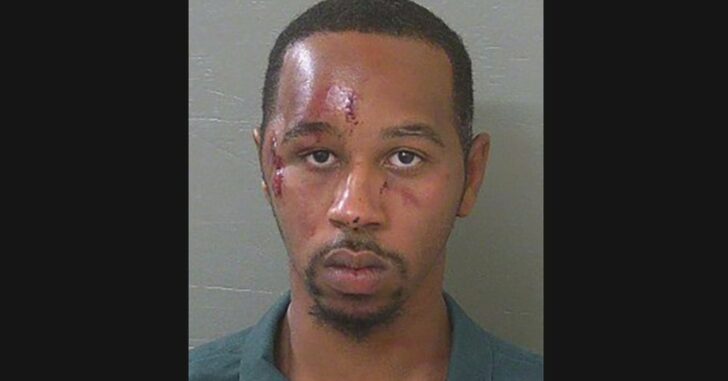 ESCAMBIA COUNTY, FLORIDA — A man accused of strangling his girlfriend to the point of unconsciousness was pistol whipped by a 3rd party inside the home. The 3rd party has not been identified, but police say that they will not be facing any charges.

The Escambia County Sheriff’s Office responded to Atmore Community Hospital where the victim said she became involved in a verbal argument with [Cordaryl] Lewis about leaving the house they had just bought. The altercation became physical and Lewis choked her to the point that she lost consciousness, according to an arrest report. Her injuries were consistent with her statement, according to deputies.

While we won’t speculate as to who the 3rd party was, it’s rarely a good idea to use a pistol in this fashion. Control over the pistol can be taken by the person being struck with it, and many other negative things can come from such actions.

When presenting a firearm in self-defense, you are presenting a lethal force that you deemed necessary in the given situation. Pistol-whipping is not the intended purpose for a firearm.

As an alternative, the suspect should have been held at gunpoint until police arrived. I just hate to think about what could have happened if the suspect gained control over the firearm. There is no room for error, especially with domestic violence incidents like this. A threat is a threat, and lethal force in this case would be justified.