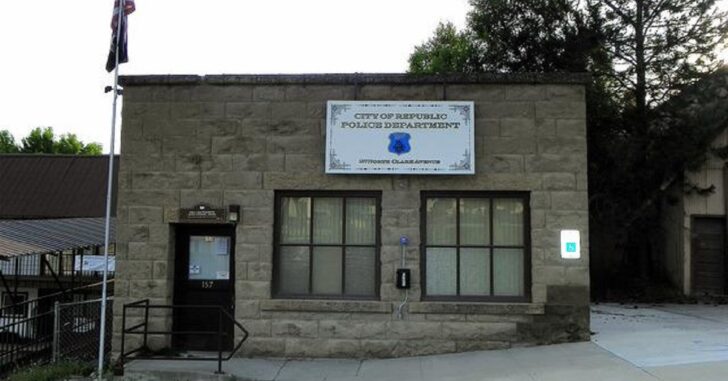 REPUBLIC, WA — A man in Republic, Washington was shocked to find that the car he had just jumped into was still occupied — and armed to boot, according to KREM 2.

Fortunately he was apprehended without a shot having to be fired, but that’s actually not the biggest part of this story.

The story was related at a public post by Republic’s police department, where they gave a directive to readers:

Be armed, be educated, and don’t be a victim.

Take a look at what they had to say:

This morning in downtown Republic a male, suspected of multiple vehicle prowls, jumped through the open window of a vehicle parked in front of the Outfitters on Clark Ave. Bad decision to enter this particular vehicle because the owner of it was inside and is a concealed carry permit holder and believes in his rights protected by the 2nd amendment. The suspect complied with the citizens order to get on the ground and not to move after he saw the pistol pointed at him.

Crimes happen and they happen in the blink of an eye usually when you least expect them, even in small towns like Republic. I encourage the free exercise of our inalienable rights. If you go about your day unarmed and helpless you are a victim waiting for a crime to happen. YOU are responsible for your protection, the police, even as hard as we try, usually only arrive after the crime.

Get a gun, take a class and refuse to be a victim.

If I had a police department that put something like this on social media, I don’t know what I’d do.