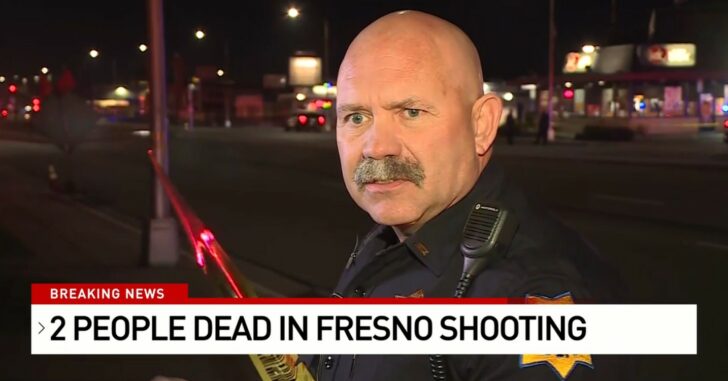 FRESNO, CALIFORNIA — A shop owner, arriving to this business during a robbery, may be facing charges after shooting two of the three armed robbers. The two shot did not survive, and the third is on the run.

Fresno Police say three men came in, threatened the clerk at Smoke N Vape on Blackstone and Cambridge, and took money from the cash register.

That’s when the owner showed up, and things escalated in a hurry.

But why would he be facing charges? Well…

As they were running out of the store, the store owner showed up, and he and the men running out got into a gun fight. Two of the robbers were shot, and died at the hospital last night.

There is no word as to whether or not the masked robbers were armed, but let’s hope they were for the shop owner’s sake.

I’m not certain if he was showing up to the shop normally, or if he was alerted of the robbery somehow. Regardless, the threats seemed to have been fleeing at the time, but maybe weren’t completely out of the store when the owner arrived.

It’s probably a grey area once the details come out, but one of the top rules of being an armed citizen; don’t shoot at or engage fleeing suspects.

Too many things can go wrong for the good guy, and it’s usually not worth the trouble. Sure we don’t want to see them get away, but we also don’t want to get injured ourselves. Or arrested for shooting someone in the back.

Previous article: 13 Shot At Memorial For Man Who Was Killed By Concealed Carrier During Attempted Carjacking Next article: Man Shot Twice By Gas Station Clerk After Attacking Him With A Bottle