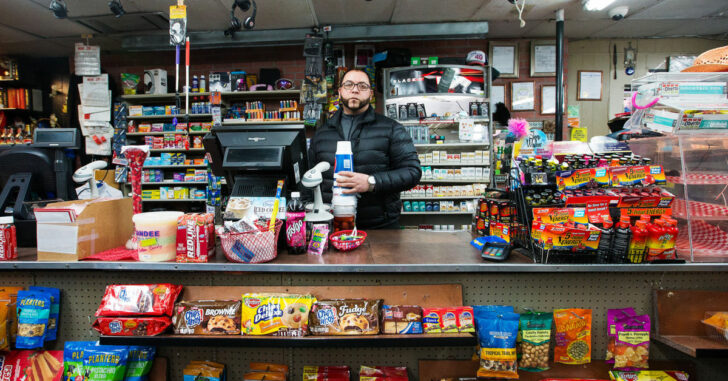 YAKIMA, WASHINGTON — When a store owner saw two young men throw bandannas over their faces before heading in through the front door, he already knew it was a robbery. He waited, however, until they entered and brandished their own guns before drawing his pistol and opening fire.

According to the Yakima Herald, the robbers were described as between 5’3 and 5’8 respectively, and between 18-24 years of age. After the first volley of shots, they immediately fled. The owner called it into the police and passed along security footage to help identify the robbery suspects.

“I would do whatever it takes to protect my business, my family and my customers,” said the owner.

In his interview with the Yakima Herald, the owner pointed to a bullet hole in the front door and idly said, “I think that went between his legs.”

In Washington State, the Yakima Herald pointed out that an individual has no duty to retreat from a threat upon his life but must demonstrate the threat is to his life and not to property.

For instance, if a person saw a thief breaking into his car, he couldn’t use deadly force against him. If he saw a thief point a knife in his direction, he could argue for deadly force because the threat was to his own life, not his property.

While Yakima County Prosecuting Attorney Joe Brusic said using a gun to defend yourself against robbers is a legal option, a Yakima police official said it’s safer to give them what they want.

Yakima Police Capt. Jeff Schneider said police prefer that people just give a robber what he is asking for, rather than resist and possibly escalate the situation.

“By and large, in almost 100 percent of the cases, the robbers will take the money and no one will get hurt,” Schneider said.

Schneider is talking about Washington law, not law across the country. In many parts of the country, a person is not obliged to hand over his goods “because it’s safer”.

True, if you give the robber everything he wants, he may let you live. If you draw a gun and he has one, too, so long as he has the first shot, he’ll take it. However, if you just happen to get the criminal — or group of criminals — that want more than you can hand over, you’re not left with many options. In Yakima, the police would prefer you just let them have their way with you, your family, and whatever else they can put their hands on.

As for most of us in the rest of the country, “no duty to retreat” is a line taken very seriously.

This business owner defended himself and his customers. That deserves a proper hat tip.