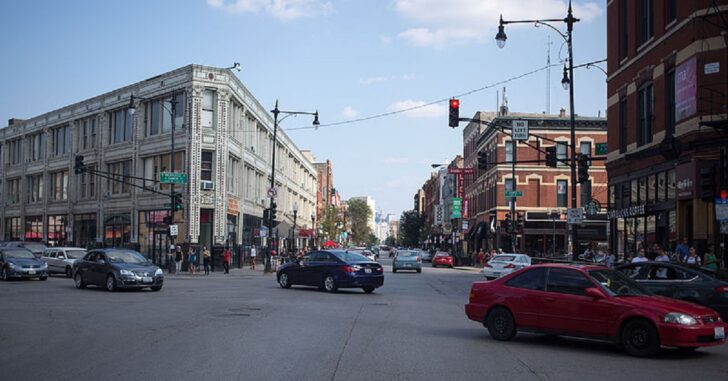 CHICAGO, IL — A ride-share driver was thrown into the fight of his life when a pair of men he picked up decided they’d like to have his car, the Chicago Sun-Times reports.

He was able to save his own life, but he took the conflict out beyond what it needed to be — and it actually cost him his car in the end.

According to the Chicago Sun-Times:

The struggle began about 11:15 p.m. when the 23-year-old driver picked up two males in the 7400 block of West Belmont Avenue, according to Chicago Police. The males began to beat the driver and attempted to take his vehicle.

The driver, who had a concealed-carry license, pulled out a handgun and chased the two males out of his vehicle, firing shots at them but missing, police said.

During the foot chase, one of the two males jumped back in the vehicle and sped off, according to police. The ride-share driver grabbed onto his vehicle and was dragged a short distance before he let go and the carjacker drove away.

Police located the vehicle abandoned a short time later. The ride-share driver was taken in good condition to Community First Hospital. Area North detectives were investigating the incident. Police did not release the ride-sharing company that employed the driver.

Alright, this is a tricky situation where good and bad form in self-defense get a little wonky, so let’s break it down:

First, the man was attacked by two guys in his car that were looking to make a few grand or score a sweet ride. His life was in danger, and he was being beaten in his own car. Even in a not-so-friendly Second Amendment area, you’re in about as safe a legal territory you might hope for.

Second, the man drove off his two attackers out of the car — good going. That should have been the end of the incident. It sucks letting folks run away, but they didn’t present a threat anymore.

That’s when he started shooting. Bad form, even if it’s understandable to react with such overwhelming force. The threat was gone, and he couldn’t see his chance to break contact.

Then it gets worse. One suspect, likely (and reasonably) crazed by fear, tried to get in the car and get the heck out of there. The ride-share driver jumped at him and held on, and could easily have gotten himself as a consequence.

Listen, I get it. I’d be seeing a couple of shades beyond red if someone tried to take my means of making money, whether it’s a side job or not and whether it was out of fear or not.

But believe me. It’s so much easier to replace a car than it is to replace you.

Engage a threat until the threat to your person, your family, or whatever victim you intervened in behalf of is safe — then leave it alone.

Stay safe out there, folks. There are some horrible people out there.