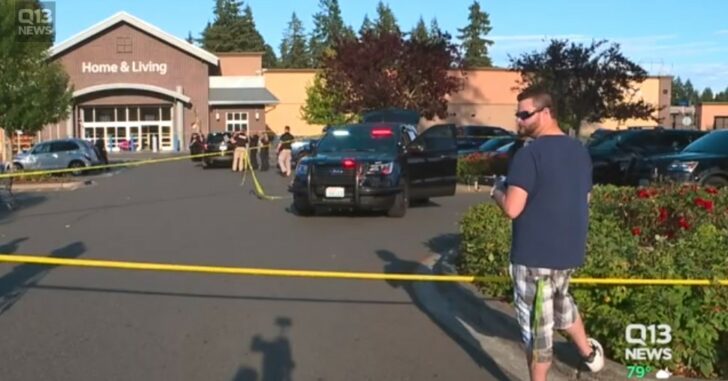 TUMWATER, WASHINGTON — A man is dead and his victims alive because of the quick-thinking efforts of two concealed carriers who happened to be in the area of his rampage.

Police responded to calls about a drunk driver that was driving the wrong way down the street. When they arrived, they heard gunshots down the road, and it was learned that a man was attempting to carjack people at gunpoint. During these attempted carjackings, a 16-year-old girl was injured.

Then, things get even uglier.

The Blaze reports on the incident;

The suspect then proceeded to a local Walmart, where he attempted to steal two additional cars. In one attempted carjacking, the suspect shot a man twice, leaving him in critical condition.

That’s when, according to the Seattle Times, two men armed with concealed firearms drew their sidearms and approached the carjacker. One man discharged his weapon, killing the gunman. According to KCPQ-TV, the man who ultimately subdued the carjacker was a father walking with his family.

The identities of the gunman and the concealed carriers have not been released.

We applaud the two armed citizens for their quick and decisive actions, as they definitely saved lives that day. We can only hope that the people injured are able to recover fully from their injuries, and at the same time are thankful that other lives were not injured or ended during this man’s rampage.

Concealed carry is an everyday thing for the serious armed citizen, and it doesn’t matter if you’re going into a bad part of town or not. The bad guys are everywhere, and your day can turn bad in an instant because of their horrible decisions.

“He is a hero. He took action. I really think more people could have been shot … he saved us all,” witness Bryan Adams told KCPQ.