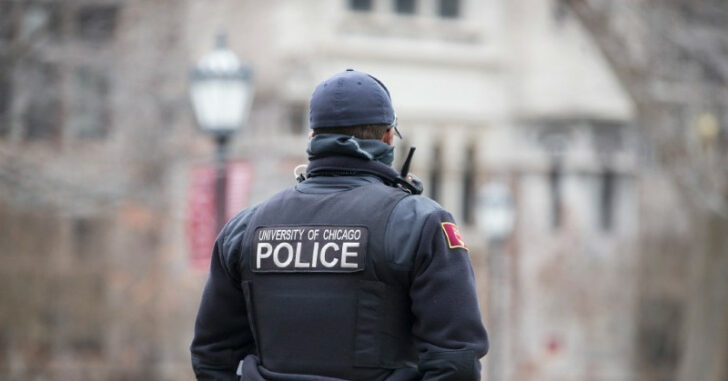 CHICAGO, ILLINOIS — A suspect responsible for making threats of gun violence against the University of Chicago has been apprehended.  The University of Chicago received a threat of possible gun violence on its campus resulting in administrators cancelling its classes today.  The threat was specifically targeting the “campus quad”, an area where students and faculty regularly congregate between classes.

“Charges are pending, and no further information is available at this time,” the FBI said in a statement Monday afternoon.

The suspect in custody is not believed to be a student of the University of Chicago but instead attending the University of Illinois in Chicago.  The threats were obviously never realized and campus security in conjunction with law enforcement formed a rather thick perimeter.

The real question is: how could these threats have been mitigated through allowing students to carry concealed on campus?

As more and more threats circulate from anonymous internet sources or cryptic messages, authorities are forced to respond to each threat as a credible claim.  This forces students and faculty members to be caught in that lurch.  At the very least, it causes an interruption in services and at its most tragic, is a source of endless anguish and suffering.

Students enrolled at the University of Chicago were just getting ready to head back to class after Thanksgiving break.  Any who attended college can testify — that space between Thanksgiving and the end of the semester can be a very trying, anxiety-riddled time.  Shouldn’t students have the option of just focusing on their academics and spend less time worrying if campus security will respond in time if bad guys decide to cause a problem?

Campus concealed carry is increasingly becoming the only solution that makes sense.  The more students and faculty participate, the safer classrooms become.  More importantly, it ensures that there is at least some initial line of defense against these really crappy elements of society that keep trying to hit “soft targets”.