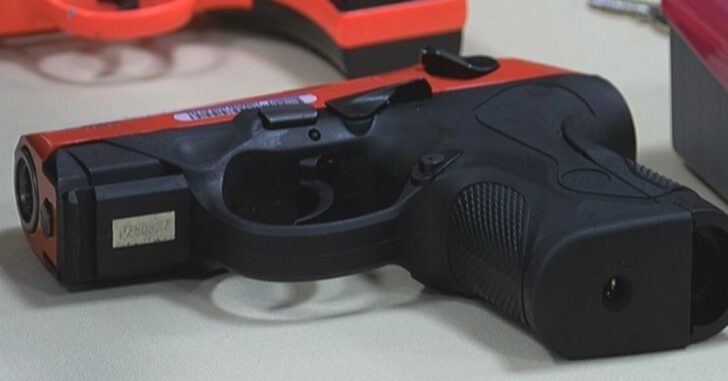 TAMPA, FLORIDA — Tampa International Airport and Sarasota Bradenton International are both seeing new trends; more and more handguns are being found in travelers’ carry-on luggage. But why?

“Most people when they get to the checkpoint and they’re told that they have a weapon in their bag or briefcase, they’re surprised,” [TPA security Chief Charlie] Vazquez says. “They forgot it. Sometimes it’s a spouses.”

Three loaded firearms were found at Tampa International just this week, and they’ve found 24 so far this year. While it may be an actual case of “I forgot” most of the time, it’s no excuse to do such a careless thing.

I’ve traveled with handguns before, and it’s very simple to check that handgun with your airline. It’s been relatively painless each time, and everyone has always been accommodating.

“TSA doesn’t want to infringe on your right to take a firearm with them when they travel,” TSA spokesman Mark Howell says. “We just want to make sure it’s packed safely and inaccessible throughout the flight.”

Laws will vary by state, but anyone caught with a firearm while trying to get through security is likely to face some hefty consequences, whether or not they have a concealed carry permit.

“TSA will contact us and let us know that there’s a possible weapon at a check point,” TPA security Chief Charlie Vazquez says. “We will come to investigate. If you don’t have a concealed carry weapon, you will be arrested. Your weapon will be impounded, and you’ll end up going to jail.”

If you do have a concealed carry permit, you’ll be escorted out of the airport. Whether or not you have that permit, you’ll face a possible $13,000 fine.

I can see a scenario where, say, a wife grabs a bag and puts her things in it. Unknowingly, her husband’s firearm is inside that bag. It’s possible, I guess, but it’s also pretty careless to pick up a bag and not realize that it has some significant weight to it. When I choose a bag to travel, especially a carry-on bag, I make sure to look inside each and every storage space to make sure that nothing strange is inside. To me it’s just common sense.

Previous article: Do You Believe That Bad Guys Specifically Target Gun Free Zones? Next article: Number Of "Gun Free Zones" Could Be Reduced With This Missouri Bill