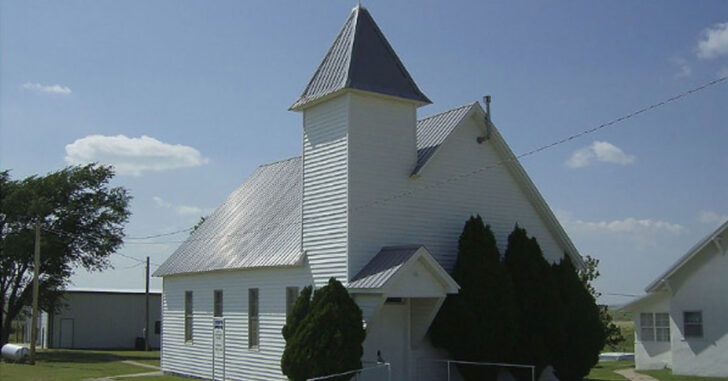 The Oklahoma legislature has overwhelmingly voted to extend the legal self defense protections homes and businesses have to Oklahoma churches. So now Oklahomans will have he same right to armed self defense in their houses or worship that they do in their homes.

The Senate voted 42–1 on Thursday for House Bill 2632, which makes places used either part- or full-time for religious services covered by the Oklahoma Self-Defense Act.

The shooting still must be done because of reasonable fear of harm or death or to prevent a violent felony.

The bill now goes to Oklahoma Governor Mary Fallin, who is likely to sign the popular measure. The bill extends what has commonly been known as the “castle doctrine” to churches.

Here are a few relevant snippets from the bill:

PHYSICAL OR DEADLY FORCE AGAINST INTRUDER

A. The Legislature hereby recognizes that the citizens of the State of Oklahoma have a right to expect absolute safety within their own homes or, places of business or places of worship.

An important addition to the bill is the awarding of legal fees to a defender in a failed civil lawsuit following a defensive gun use.

H. The court shall award reasonable attorney fees, court costs, compensation for loss of income, and all expenses incurred by the defendant in defense of any civil action brought by a plaintiff if the court finds that the defendant is immune from prosecution as provided in subsection F of this section.

The legislature made sure to prevent the requirement for a government fee or license.

Merely pointing a weapon at someone under the circumstances described in the bill, is defined as not being a criminal act.

J. A person pointing a weapon at a perpetrator in self-defense or in order to thwart, stop or deter a forcible felony or attempted forcible felony shall not be deemed guilty of committing a criminal act.

The rights of property owners were protected in the bill.

K.Nothing contained in the provisions of this section shall prohibit the current property right of a place of worship or any other business or property owner to set its own policy regarding weapons.

Extending the rights of people in their homes and business owners to churches is simply following the First and Second amendment.

In the early colonies, people were commanded to bring guns to church. In “Origins and Development of the Second Amendment“, there is a reference to colonial requirements to carry guns in church from the Virginia laws.

All men that are fitting to bear arms, shall bring their pieces to the church…

Churches, which are particularly protected under the “free exercise of religion” clause of the Constitution in the First Amendment, should have all the same protections that private homes and businesses do.