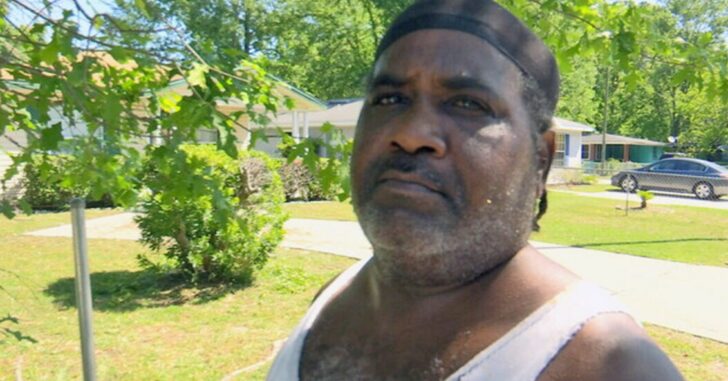 “When he charged at me he was looking like he was going to attack me, so I had to pull out my gun and shoot him,” the gunowner said. “I didn’t want to shoot the dog.”

The homeowner believed that the pitbull was going to attack the lawnmower, not the worker atop it. The distinction was lost on the lawn care worker who defended himself.

We’ve covered stories where an escaped dog was shot by a neighbor and it was unclear whether the dog ever posed a threat. However, in this story, it was clear that the neighbor’s dogs posed a threat when one of them broke free.

A big thing with animal ownership is responsibility for the animal. It’s something I’ve seen dismissed way too much by too many people I’ve encountered in my own life. A dog gets free and wildly charges at a man, he has every right to defend himself.

“When he [the dog] charged at me, he was looking like he was going to attack me, so I had to pull out my gun and shoot him,” the lawn care worker said. “I didn’t want to shoot the dog.”

A man is trying to make a living by doing landscaping. It’s not my place to judge his actions when he’s defending his life. As for the neighbor, he’s undoubtedly bereaved his pitbull was shot. However, his suggested options of “just fight it off” is not an option at all. Fighting a pitbull in close quarters is asking to get severely injured if not killed.

Not all pitbulls are bad dogs or even aggressive. These ones just happened to be extremely territorial and improperly restrained. If a dog snaps a chain and goes to attack another person, that dog is no longer a pet — it’s a deadly threat. And in states like Florida that uphold ‘Stand Your Ground’, a person who has every legal right to be where he was, similarly has a right to defend his life.

Previous article: #DIGTHERIG - Connery and his Glock 26 or FN FNS 40 in a Galco Holster or Alien Hear Holster or DeSantis Holster Next article: Tennessee Moves To Decriminalize Suppressors -- Because Why Shouldn't You Protect Your Hearing?