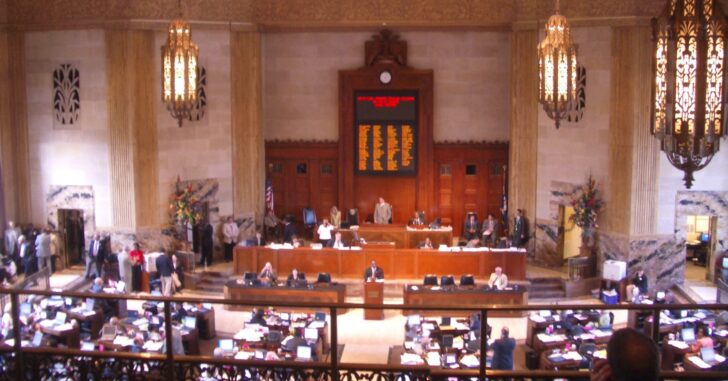 A bill that seeks to allow armed visitors on school grounds is headed to the House in Louisiana and if passed, would not affect teachers.

In other words, it only applies to guests.

Concealed carry permit holders could bring a gun into a school or university building under legislation heading to the House floor. The controversial measure cleared the House Criminal Justice Committee on a narrow 9-8 vote. Erath Representative Blake Miguez says his legislation doesn’t arm teachers, just visitors who have a concealed handgun permit.

“It doesn’t deal with the school safety system at all. It strictly deals with self-defense,” Miguez said.

All Democrats on the panel opposed the measure. Baton Rouge Representative Denise Marcelle argued concealed handgun permit holders do not have the same level of training as law enforcement.

Obvious opposition circles this bill, and it’s not going to be an easy run. Allowing visitors into a school, armed, would likely require steps up in security and making sure that visitors are screened properly. We know that bad guys will not care about any laws, but it could be enough of a deterrent for them to think twice about what they’re wanting to do.

Adding firearms into certain school environments comes with its challenges, of course, but it shouldn’t be completely dismissed. I have a permit, for example, and had to complete courses in order to obtain that permit. I do not carry blindly, and I practice with my firearm regularly.

As do most gun owners who carry a firearm.

Whether this bill will progress past the House is to be determined, but it is nice to see this type of movement across the country.