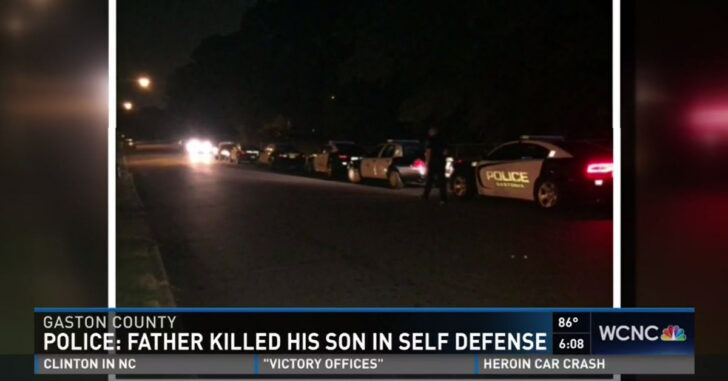 GASTONIA, NORTH CAROLINA — A tragic scene took place in the home of a 70-year-old man. He was allegedly forced to use a firearm to protect himself against his 47-year-old son who had a history of assaulting him in his home. The shooting has been ruled as self-defense by local authorities but investigators are still searching for answers as to why the son kept returning and getting into fights with his father.

According to WCNC Charlotte, the son had one previous charge of simple assault against his father but his father refused to testify against him in court. The police have repeatedly been called to the residence on reports of disturbances and it appears that the son had a history of resorting to fists whenever an argument arose.

This is always horrible. We reported recently on a grandfather who was forced to shoot his own grandson after the grandson barged in his house and began escalating a conflict.

This is the type of defensive gun use that is usually the most complicated and most painful. We always anticipate the bad guy is some stranger, some third party with no previous affiliation, but in some cases the threat comes from our own flesh and blood.

In this case, the father shot and killed his own son over some continued dispute. The facts are this: the father was at his home, a place he had every legal right to be, and was confronted by his son who had no legal right to be in the home in the first place. As such, once the altercation rose to the level that the father viewed the incident as one of direct threat against himself, it was well within his rights to defend himself with deadly force.

That’s how it goes in North Carolina. You have the right to defend yourself in your home or anywhere you’re legally allowed to be. Once a person enters your home and he is no longer welcome, he doesn’t have a right to be there.

Our thoughts and prayers go out to the family and we hope for a swift resolution of the investigation into this matter so the family can continue on.