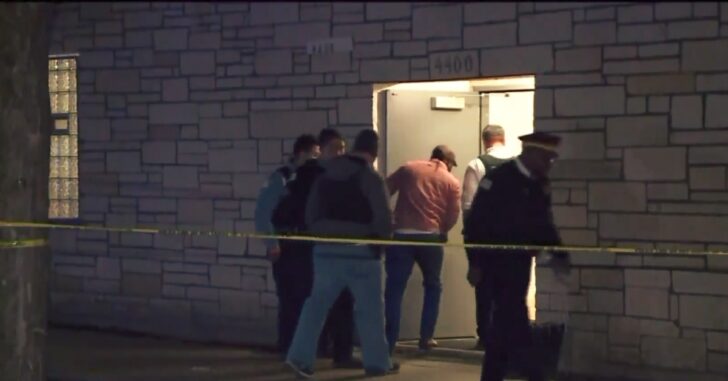 CHICAGO, IL — A man was shot in the arm in the defense of a church he was hired to guard by a burglar dead-set on making a quick buck on hallowed ground, WGN9 reports.

The burglar was able to wound the church’s defender, but he himself narrowly got out of the church alive.

It happened just after 8 p.m. Wednesday near a church on the 4400 block of West Maypole in West Garfield Park.

Police said a 27-year-old gunman burst into the Maypole Avenue Church of Christ and announced a robbery. He was immediately confronted by a 57-year-old security guard, who is a concealed carry cardholder. The two exchanged gunfire, ending with the offender critically injured with multiple gunshots to the chest. He remains in critical condition at Stroger Hospital.

The security guard suffered a single bullet wound to the left arm and is expected to recover. It is unknown if anything is missing from the church.

You don’t have to be a person of faith to realize — this is seriously messed up.

Who robs an institution of religious belief, a place that is rarely affluent and often used as a vehicle for charitable action? Moreover, who opens fire, rather than run off, when one hits the point of no return for this horrible crime?

#BREAKING – Man shot in the arm by would-be robber is able to return fire critically wounding the suspect. The victim is a CCL holder, according to CPD. #WestGarfieldPark pic.twitter.com/Kt3gmigptR

It’s fortunate that the security guard had a concealed carry license, even if the church shouldn’t have had to have gone to such trouble to secure their property.

In a city that has earned the reputation as one of the most dangerous large cities in the country, it never ceases to amaze how little is done, on a legislative basis, to better enable residents of Chicago to defend themselves, their families, and their communities.

To our Second Amendment-lovers in Chicago: hold the line, we’re all in your corner.