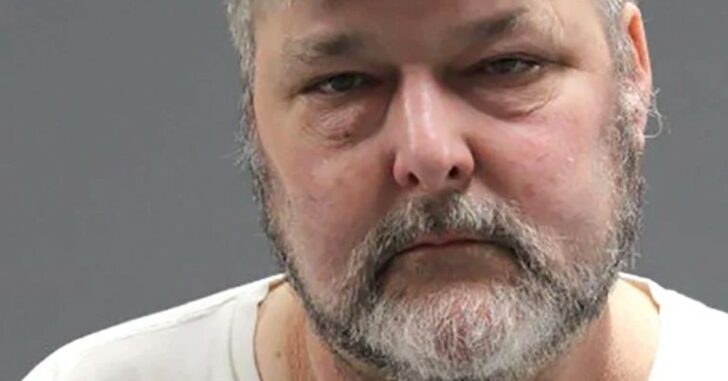 There’s nothing like throwing a 30-year teaching career – and the related pension – into the garbage to advocate for more gun control. Police say Alfred J. Purcell III dropped a live 9mm round on the floor in the school where he worked. And they have it on video.

Why would a teacher sprinkle live ammo in a school hallway? He apparently wanted to create the perception that his school needed metal detectors. Cops have arrested him and now he’s now staying in a place that has metal detectors.

WALB News has the story:

A teacher in Massachusetts was arrested Thursday after leaving live ammunition in his school building’s stairwell to prove the school needed to get metal detectors, police said.

Police said Southbridge High School teacher Alfred J. Purcell III told the staff he found a live round of 9mm ammunition in a stairwell at the school shortly after 8 a.m.

But police said security video later showed that Purcell himself dropped the bullet on the floor of the stairwell before quickly leaving the area.

He returned about 10 minutes later and appeared to take a picture of the bullet with his cellphone.

He then used his school-issued radio to call for help from the school administration and resource officer, according to police.

He didn’t think that police might dust the round for fingerprints?  Or that someone might review security camera footage? Purcell doesn’t seem terribly bright if he did as cops say.

Would you like to guess what was found when Purcell’s car was searched?

Police said they later searched Purcell’s car and found 102 live rounds of ammunition for a .20-gauge shotgun in his trunk on the school grounds.

…And one single round of 9mm ammo.

Authorities also discovered that Purcell’s license to carry a firearm was expired in Connecticut, where he resides.

We’re going to go out on a limb and predict that it won’t ever be renewed.

So once more, if things are as police and the security video suggest, Mr.  Purcell manufactured a fake crime to create angst among students and teachers. He deserves everything he gets.

Previous article: SC Bank Teller Shoots At Fleeing Suspect, Will Probably Lose His Job As A Result Next article: Business Owner Drops Burglar the Instant He Walks Into Work