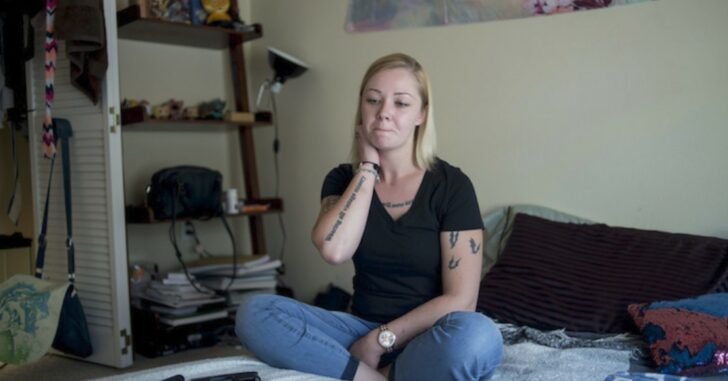 By Robert Farago via TTAG

Long story short, Alexis Bukrym (above) shot her “pranking” roommate Anthony Schwartz, mistaking him for a lethal threat. Our good friends at The Trace, doing what they’re paid so handsomely to do, wave the bloody flag on Ms. Bukrym’s behalf, exploiting the tragedy as proof — proof! — that armed self-defense is a bad, bad thing . . .

Good guys with guns don’t only shoot bad guys with guns. In the sudden, blurry, urgent split seconds when a threat bursts into view, the impulse to pull the trigger canoverwhelm the need to accurately identify the target, leading to snap decisions that bring permanent tragedies.

True story! As The Trace is quick to point out, Ms. Bukrym isn’t alone in shooting someone to death by mistake.

Since 2015, at least 47 Americans have shot friends, loved ones, roommates, or emergency responders they said they’d mistaken for home intruders, killing 15, according to an analysis of gun violence incidents by BuzzFeed News and The Trace. In at least 27 of those cases, criminal charges were dismissed or never filed because authorities deemed the shootings accidental, an act of self-defense in a moment of panic.

You could say that 20 mistaken shootings per year out of an estimated population of 100 million gun owners is pretty good not-shooting, but I couldn’t possibly comment.

Meanwhile, what about the 80,000 to 2 million estimated successful defensive gun uses (per year) where the right someone is stopped by force of arms?      *crickets chirping*

What about the thousands of gun owners who thought that they might be under attack, waited until they ID’ed the potential threat, realized it wasn’t a threat, and . . . nothing happened? Nothing.

I’m glad Mr. Schwartz has recovered from his wounds. And I’m sorry for Ms. Bukrym’s mental anguish. But that doesn’t change the bottom line: the gun safety rule “know your target and what’s behind it” doesn’t just refer to plinking.

Unless you know your target, don’t shoot. Doing so makes you an irresponsible gun owner, no matter how good your intentions or reflexive your actions.