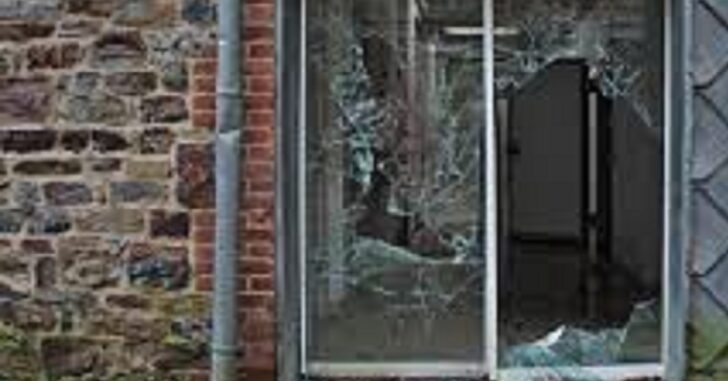 KANSAS CITY, KS — A woman was threatened by her former fiance in her own home when he broke in and threatened her safety in front of her son.

Her friend, who eventually shot the would-be murderer, was reportedly the subject of jealousy from the ex-fiance according to the Kansas City Star.

Although he was an ex-fiance and he may well not have the right to claim infidelity, he also kept a firearm at the homeowner’s residence. That’s enough to possibly push a man with anger issues, as the deceased Jared O’Donnell reportedly was, to give up reason.

Jarrod O’Donnell, 48, was killed late Saturday. His ex-fiancee, Misty Bartlett, says she was home with a friend and her 8-year-old son when O’Donnell shattered a sliding glass door and attacked her. The friend in the home eventually shot and killed O’Donnell, an act that Bartlett said was in self-defense.

Police Detective Cameron Morgan says initial information in the case points to a self-defense shooting, adding that O’Donnell died from multiple wounds to his abdomen. But he stressed that the investigation is ongoing.

The Kansas City Star reported further that her friend ran upstairs to get his gun when O’Donnell threatened Bartlett. O’Donnell reportedly then sprinted up after the friend, and Bartlett ran outside with her child. O’Donnell charged the friend, who tried to talk him down, and began to choke him.

Bartlett’s friend then reportedly fired multiple gunshots into O’Donnell’s abdomen to get him away, which resulted in O’Donnell’s death.

O’Donnell was called a loving father and a Christian by friends, according to the Kansas City Star, however the man had been arrested for incidents involving the abusive relationship between himself and Bartlett.

Previous article: FL Governor Rick Scott Calls For New Gun Laws In Wake Of School Shooting Next article: RESULTS: Where Do You Keep Your Gun At Night