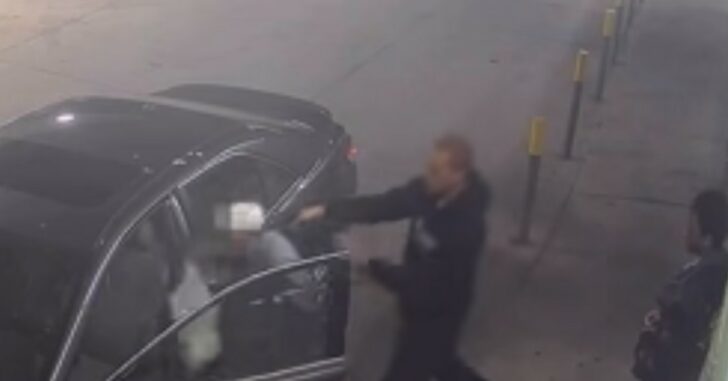 I say the word ‘yikes’ a lot when covering these stories, and this is yet another ‘yikes’ moment in my book.

It’s a tough day when you’re up against someone who has a gun on you, and this is regardless of whether or not you’re armed yourself. In the video below, it’s clear that the bad guys have the upper hand in the initial phases of this robbery attempt.

These two still unidentified men made an attempt, but failed because their target fought back.

On Monday, April 22 around 10:30 p.m. a 41-year-old man walked out of a gas station to his 2010 Toyota Camry. Located at the corner of Conant Street and Commor Avenue on Detroit’s eastside, when he tried to get in his car, a man followed him and put a gun to the back of his head.

The victim attempted to knock the gun away when a second man came up and started hitting him.

Eventually, the two suspects forced themselves into the victim’s car, but were unable to drive away. In the video, the victim can be seen holding the keys. That’s when the two men got out of the car on the passenger side and ran away.

Maybe the gun was loaded, maybe it wasn’t. It doesn’t matter. If you choose to fight, you’re going to have to be in the fight 100% if you make that choice.

Luckily for this man, he made it out alive.

As an armed citizen, I want you to think about what your reaction would have been. Put yourself in the car owner’s shoes and say that the bad guys got a head start on you. That is; one already has a gun to you before you realize that there’s a threat.

What’s your next move?