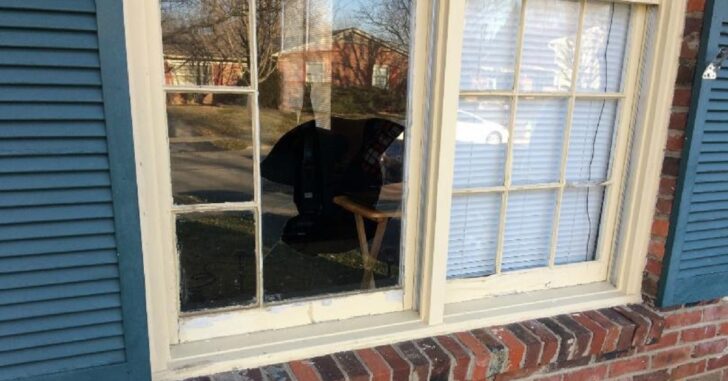 LEXINGTON, KY — A woman in her twenties was shot while attempting to break into the home of a woman in her forties — a total stranger.

The early morning scuffle was a bit of a statistical anomaly.

Police say it happened around 4:45 a.m. at a home on Talisman Road, in the Garden Springs neighborhood off Lane Allen Road. Officials say a woman in her 40s was home alone when a woman in her 20s came banging on her door, eventually breaking through a window. Police say the homeowner fired a shot at the intruder.

The woman was taken to UK Hospital with injuries that were not life-threatening, and will likely be charged with breaking and entering. Police believe the home was randomly targeted.

Now, as some of the more regular readers here (or on any other news site) can tell you, it’s really not that common for women to commit crimes of this nature, especially alone.

There was a time where I wasn’t sure how much of that discrepancy was perception as opposed to an honest-to-goodness difference in number of arrests.

I looked up some statistics on the issue to see what was what, and I was stunned.

Although the information I’m about to share is from a 2012 review by the FBI, I don’t see any reason why we shouldn’t believe that the information is at least pretty close to today.

Women are arrested far less often than men. From that, we can pretty safely assume that women also commit less crime.

That’s less than a third.

That’s about 16.4 percent women arrested for committing that offense.

Finding an incident where a woman defended herself from another woman breaking into her home and no one seems to have known each other is pretty darn remarkable.

Previous article: Man Shoots Teen As He Tries To Break Into Vehicle: Bad Or Good DGU? Next article: Grandmother Acted In Self-Defense After Shooting And Killing Intruder In Her Pet Spa