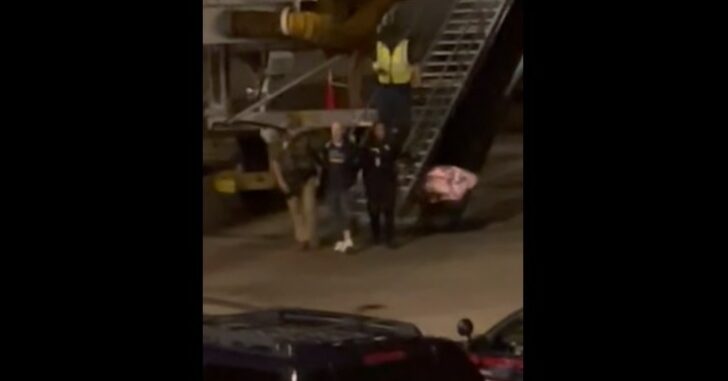 ATLANTA, GEORGIA — Police say a man on a Frontier flight, who had a box cutter and reportedly threatened passengers, was tackled and held for authorities after the plane made an emergency landing.

The incident happened on Veterans Day on a Frontier Airlines flight from Cincinnati to Tampa, a flight which made an emergency landing in Atlanta when it was learned that a passenger had a box cutter and was acting erratically.

“The lady came up and told us that the person sitting to the right of her seat had a weapon and showed it to them and said he was going to cut multiple people on the flight,” passenger Larry Cumberbatch told reporters.

“He has a weapon and I don’t know what kind of weapon it is … I said, ‘hey I’m gonna be sitting here from now on’ and he said ‘no the young lady is gonna be sitting there’…he got like frantic, and he said ‘oh no!’…and then he got up and went to the back of the plane,” Cumberbatch explained.

When the man wouldn’t get off the plane upon landing, he was tackled and held for authorities when they feared he might attack someone.

Police have not yet released the name of the suspect, or any other information related to the incident.