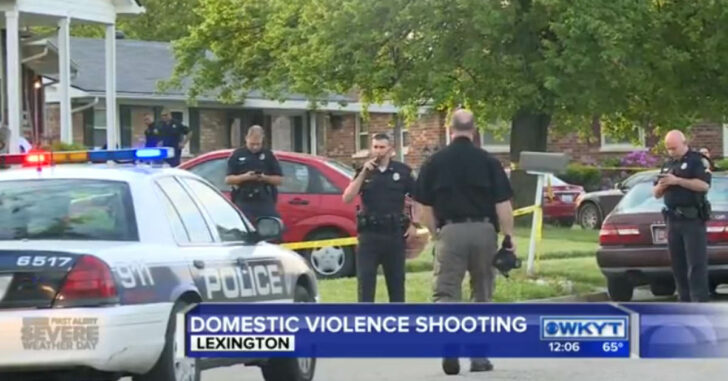 LEXINGTON, KENTUCKY — Lexington police confirmed that the man who attempted to invade a woman’s home was subject to a restraining order. By the time they arrived, he was laying out in the front lawn with multiple gun shot wounds. He was evacuated to a nearby hospital in serious condition.

According to WKYT News, neighbors say this wasn’t the first time police showed up to this residence. The man had allegedly refused to take a restraining order as a “no” and insisted upon attempting an invasion. They used to be in a relationship but clearly no longer was that attention warranted.

The woman shot him in self-defense.

This is very likely a case of ‘guns saving lives’ in the truest of senses. While we all hope a restraining order will be sufficient to stop a person from pursuing, we’ve seen a number of cases where that simply isn’t the case. Women continue to be victimized by abusive former partners.

We’re seeing a few incidents pop up where women are actively fighting back.

Some women are defending themselves and beginning to understand that when seconds matter, the police may still be minutes away.

Whether the person is deranged or simply doesn’t understand that the weight of the law applies is completely unknown. For this man, if and when he recovers, he’ll likely face charges for violating the conditions of that restraining order.

Thankfully, the woman was unharmed.

Your life, your property, and your family. Those are yours to protect. Do so as you please so long as the full weight of the law is behind you. And when it comes to abusive former partners showing up at the doorstep — in this case 7:00 am — give the police every opportunity to arrive but should that fail, do not hesitate to defend your life.