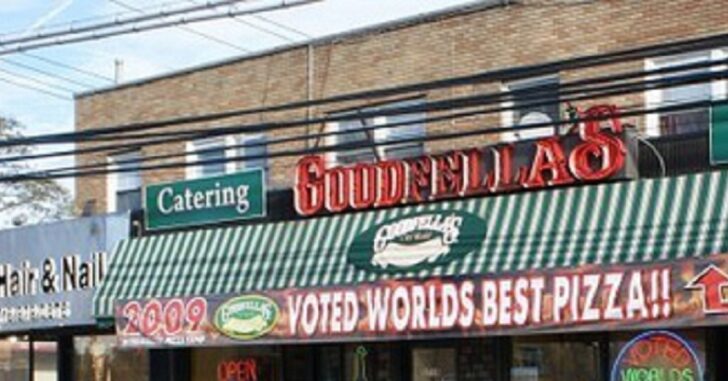 FORT PIERCE, FL — A pizza delivery man was forced to defend his life against a would-be robber, and in a welcome bit of news, the store for which he delivers is supportive that he behaved the way he did.

It makes my 18-year-old, pizza-delivering-while-taking-a-gap-year self elated.

Goodfella’s Pizza employee John Parker was delivering a pizza in the area of 17th Street and Avenue L around 8 p.m. Sunday. He said when he got in the neighborhood, he realized the address the caller used to place the order was fake… Parker said he started to turn around.

At that moment, he said a man, who police identified as Marvin Reaves, flagged him down. He assumed it was the person who ordered the pizza. Then, he said Reaves pulled out a gun and demanded all of his cash. Parker paused and said he told Reaves he had more cash in the car he could give him.

“I was able to get distance between me and him and get back to my vehicle and disclose my weapon,” Parker said.

Parker said he opened fire and shot Reaves in the legs and pelvis. Parker said Reaves ran about a block away. Police found him bleeding and he was taken to Lawnwood Regional Medical Center where he’s expected to survive.

The owner later went on record saying that delivery drivers have the right to arm themselves — good business owner.

When I delivered pizzas back in the day, I was attacked more than once — and I delivered for a nice area. I would have given anything to have had a store that publicly backed the right to defend myself.

As Reaves is run through the criminal justice system, maybe other would-be thugs in the area will think twice before tehy try to steal the almost-certainly-less-than-$20 the poor driver has on him.

Previous article: Naked Man On Rampage Is Shot By Concealed Carrier, Who Will Not Face Charges Next article: Are 'Enhanced' Concealed Carry Permits Worth It?