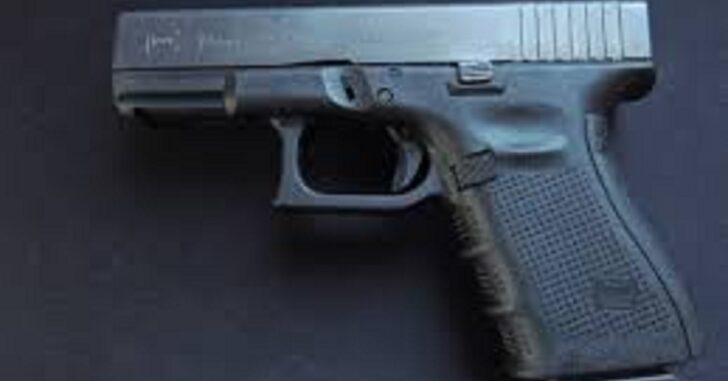 STERLING HEIGHTS, MI — When Marcia Rabideau, director of operations for the Arby’s in Sterling Heights, was told by one of her managers that he had just been robbed, she lost it.

That robber had several deposits that belonged to Arby’s, and she was going to get them back.

Rabideau said she could see the alleged armed robber running so she jumped into her Dodge Charger and gave chase, cornering him at a river bank where she then pulled her Glock 9mm pistol and held him until police showed up. Police, however generally advise against people chasing robbers, especially those who are armed with a weapon.

“I didn’t think, I just reacted,” Rabideau said. “Just being stupid, I guess.”

Fighting crime could be in Rabideau’s DNA, as she used to head Saginaw’s Arson Watch to keep arsonists from setting fires on the night before Halloween and her husband is the police chief for the village of St. Charles and a retired Saginaw police officer. Rabideau, the director of operations for the Arby’s in Sterling Heights, is a Thomas Township resident.

“There just was no way in hell I was going to let him get away with seven deposits,” Rabideau said.

Rabideau said the guy was arrested and police apprehended an accomplice in a getaway car with a 1-year-old baby.

Now, for the record: this story may be cool, and I’m not going to try to tell you that it’s not, but it is not ever a good idea to chase the robber.

Possessions are only possessions — they aren’t equitable with a life. Once the threat has ended, let it go.

Especially in this case — there was an infant in the robber’s car. Can you imagine what could have happened if that chase had gone bad?

Any tragedy would, of course, be the fault of the robber, but as responsible citizens, it’s our job to de-escalate situations.