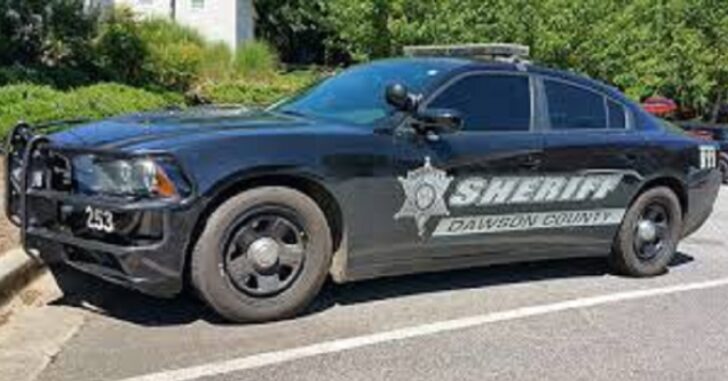 DAWSON COUNTY, GA — Our police do so much to keep us safe. Every day they put their lives on the line to make their communities peaceful.

It’s an awesome thing to get to see armed, responsible citizens get to return the favor every once in a while.

That’s exactly what happened with Deputy Randy Harkness, 52, and a bystander, when  thug decided to try to take advantage of the deputy’s generosity.

According to WSB-TV, officials stated that Harkness had just finished giving his soon-to-be attacker a ride to the gas station at which he was about to be attacked.

As he was getting ready to give the suspect money out of his own pocket, the man started beating the deputy about the head and face.

“I’ve never heard anything like this and it should have never happened,” he said according to WSB-TV.

“(The deputy is) one of the nicest guys we all know here. He’s a jolly personality.”

“I was very worried he was going for the gun and thank God the police officer had his hand on the gun all the time,” he said later on.

A woman nearby saw the commotion, and wasn’t about to let the attacker subdue the poor deputy.

She shot at the attacker, forcing him to flee.

He ran across the street to a McDonald’s, where he assaulted another person and was then arrested.

The deputy, the suspect, and the woman he assaulted were all taken to the hospital.

“I truly believe that (the bystander is) a hero. I believe that she potentially saved this officer’s life. I don’t know how far this suspect would have went with the assault,” said Sheriff Jeff Johnson.

Previous article: TEXAS DAD: Father Shoots Gunman Who Threatened His Family at Popeye's Restaurant Next article: 5 Times When It's Okay To Sacrifice Size For Concealment