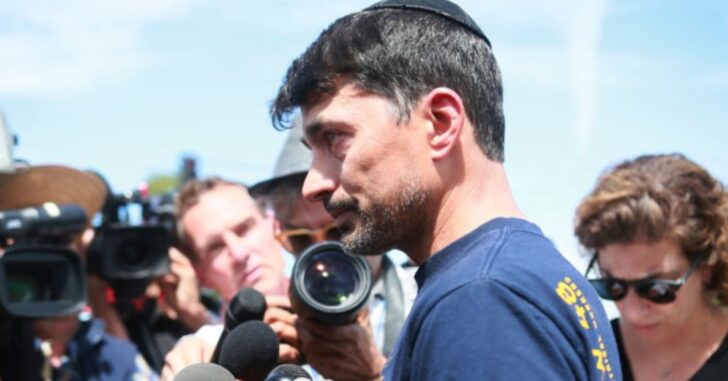 SAN DIEGO, CA — As most already know, an armed man attacked the Chabad of Poway synagogue in San Diego on Saturday, killing at least one.

What so many don’t know, however, is that the shooter was stopped by one furious Iraq War veteran.

(Oscar) Stewart, 51, told The Daily Caller on Sunday he doesn’t remember any conscious thought from the moment he heard the gun shots until it was all over — he just acted on instinct to stop the shooter and prevent him from leaving so he couldn’t hurt more people somewhere else. The Iraq combat veteran said his military training kicked in.

The dude just went berserk, and it was kinda awesome.

“I knew I had to be within five feet of this guy so his rifle couldn’t get to me,” Stewart said according to The Daily Caller. “So I ran immediately toward him, and I yelled as loud as I could. And he was scared. I scared the hell out of him… Looking back, it was kind of a crazy idea to do, but I did it.”

“I heard gunshots,” Stewart said according to The Daily Caller. “And everybody got up and started trying to get out the back door, so I — for whatever reason — I didn’t do that. I ran the other way. I ran towards the gun shots.”

“When I came around the corner into the lobby area, I saw the individual with a gun, and he fired two rounds. And I yelled at him and I must have yelled very loud, and he looked at me, and I must have had a really mean look on my face or something, because he immediately dropped his weapon and turned and ran. And then I gave chase.”

The shooter bolted away from the veteran and got into his car, which Stewart tried to then punch his way into. An off-duty border patrolman, fortunately armed, was then able to set the shooter running.

The man eventually turned himself in.

We could all learn a lesson from him.