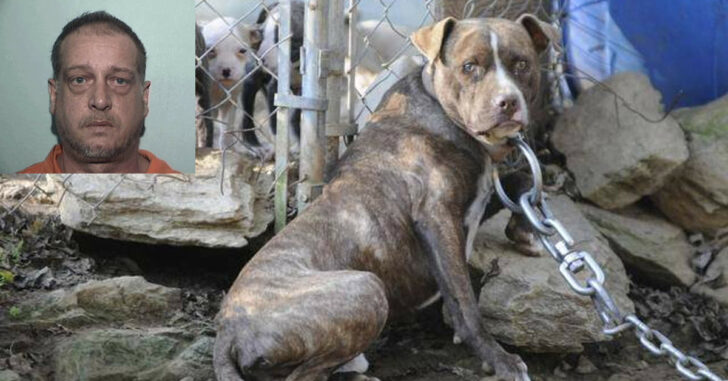 CLEVELAND, OHIO — An irresponsible gun owner shot and killed a chained-up pitbull outside a convenience store in Cleveland. His actions were caught on camera so when police arrived to reports of shots fired, his claims to self-defense were invalidated. He is facing charges related to discharging a firearm within city limits and cruelty to animals.

Making matters worse, the incident was pretty much filmed in broad daylight — 2:45 pm. There’s not even a reasonable expectation that maybe this dude was taken off guard by a barking dog and overreacted. As the Cleveland News reports it, the concealed carrier had every opportunity to leave the scene versus shooting the dog.

Granted, a duty to retreat is a delicate matter but we’re not really going to tie that in for this occasion. On one hand, you have an animal that is restrained and on the other you have a dude with a gun. That’s not really a self-defense situation unless the dude happened to fall without the maws of some savage beast — which surveillance footage has pretty much all but discounted.

He had to post bail and will appear in Toledo Municipal Court to face charges. This is the sort of incident that can cost a concealed carrier the firearm he used in the attack as well as potentially his permit.

That’s why we have to weigh our options before acting impulsively in a scenario.

There’s a lot of opportunities to avoid gun use — and those should be exercised by the individual. A firearm is for defending our lives, property, and our family.