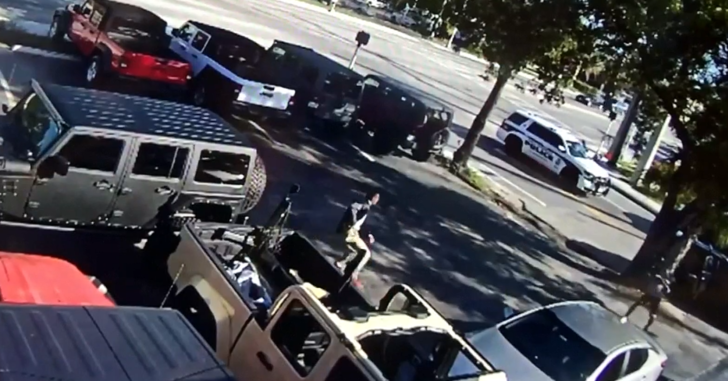 FORT LAUDERDALE , FLORIDA — Carlos Sandi was working at his job like any other day; everything seemed normal. However, that all changed when he heard a car crash, followed by a man running from police.

The suspects jumped out of the vehicle and ran, and that’s when Carlos Sandi jumped into action.

Sandi, who works at SoFlo Jeeps, heard the crash and saw the suspects trying to flee. One of those suspects ended up facing down the barrel of Sandi’s gun.

“We had customers and employees out, that’s when I decided to pull my firearm and stop him,” Sandi said. “I wasn’t really thinking. Training and instinct kicked in. I just did what had to be done.”

Sandi said his training and instincts kicked in when he saw what was happening. There were customers and employees outside in the parking lot, and he needed to make sure they were safe. He drew his firearm and held the suspect at gunpoint, forcing him to the ground.

Sandi even managed to zip-tie the suspect until police were able to come and make an arrest. Does Sandi normally walk around with zip ties? Maybe this is a new item we should all consider for our EDC?

Sandi’s military training and courage allowed him to help police and keep people safe from a potential dangerous situation. His concealed firearm was there when he needed it, and it helped him save the day.